Asisat Oshoala has achieved her dreams in Spain as Barcelona emerged Spanish Primera Iberdrola champions following the abrupt ending of the 2019-20 season. 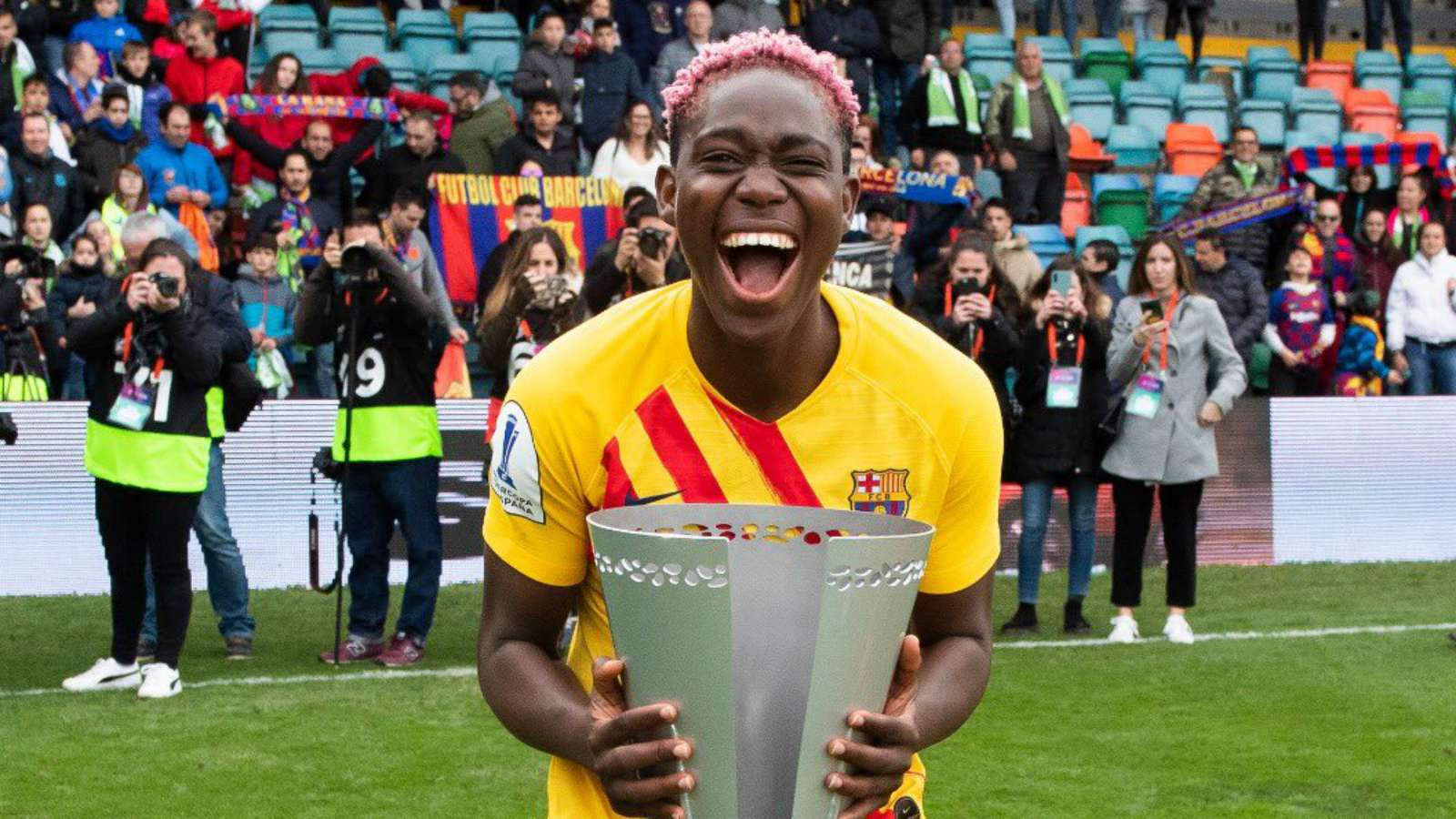 The Royal Spanish Football Federation (RSFF) made attempts to complete the 2019-20 season but the inability to meet the government’s health protocol dashed their hopes, hence the cancellation.

The announcement saw Oshoala’s team reclaim the league crown for the first time since 2015 despite being unable to see out their remaining games due to the Covid-19 crisis.

Oshoala, who won her fourth African Women’s Player of the Year crown in January, made an unsuccessful bid to win a league title on her previous spells in Europe with Liverpool and Arsenal.

The same fate she suffered on her initial loan spell at Barcelona following her move from Chinese Women’s Super League outfit Dalian Quanjian in 2019.

Despite her contributions, scoring eight goals in 11 games, including the Champions League final consolation goal as they could not celebrate a title. So they ended as runners-up last season.

Since her permanent deal, the 25-year-old has gone on to celebrate her first silverware with the Copa Catalunya last August and helped them to the Super Women’s Cup triumph in February.

Following the cancellation, Barcelona emerged champions with 59 points from 21 matches and Oshoala made an incredible mark for Luis Cortes’ team as she scored 20 goals in 19 outings.

The development means Barcelona have ended their five-year wait to reclaim the Spanish title and secured the crown without losing a game to become the fifth team to achieve such a feat.

Meanwhile, many club executives are due to meet on Friday to decide on the final promotion places in Spain, as the number of Covid-19 cases and deaths continues to rise across the country.