Goals make football games beautiful but super strikers are only available on premium and Nigerian striker Emeka Chinonso falls into that rank as former Plateau United and Akwa United head coach Abdullahi Maikaba has tipped him to explode in Europe.

Emeka, who is likened to Borussia Dortmund’s red hot forward Erling Håland is currently being monitored by the likes of Bayern Munich, Olympique Marseille and Genk, following an outstanding season with Water FC where he has scored 26goals and provided 15 assists from only 17 appearances.

“Transfer links is a good sign, it’s almost like he thrives on that little bit of pressure and expectation to do what he’s done,” Maikaba told reporters about the ₦1.4b (£3m)-rated player.

Interestingly, Maikaba has worked closely with the young striker affectionately called ‘Goal alert’ and proudly talked up his qualities like a proud father will do for a well trained son. 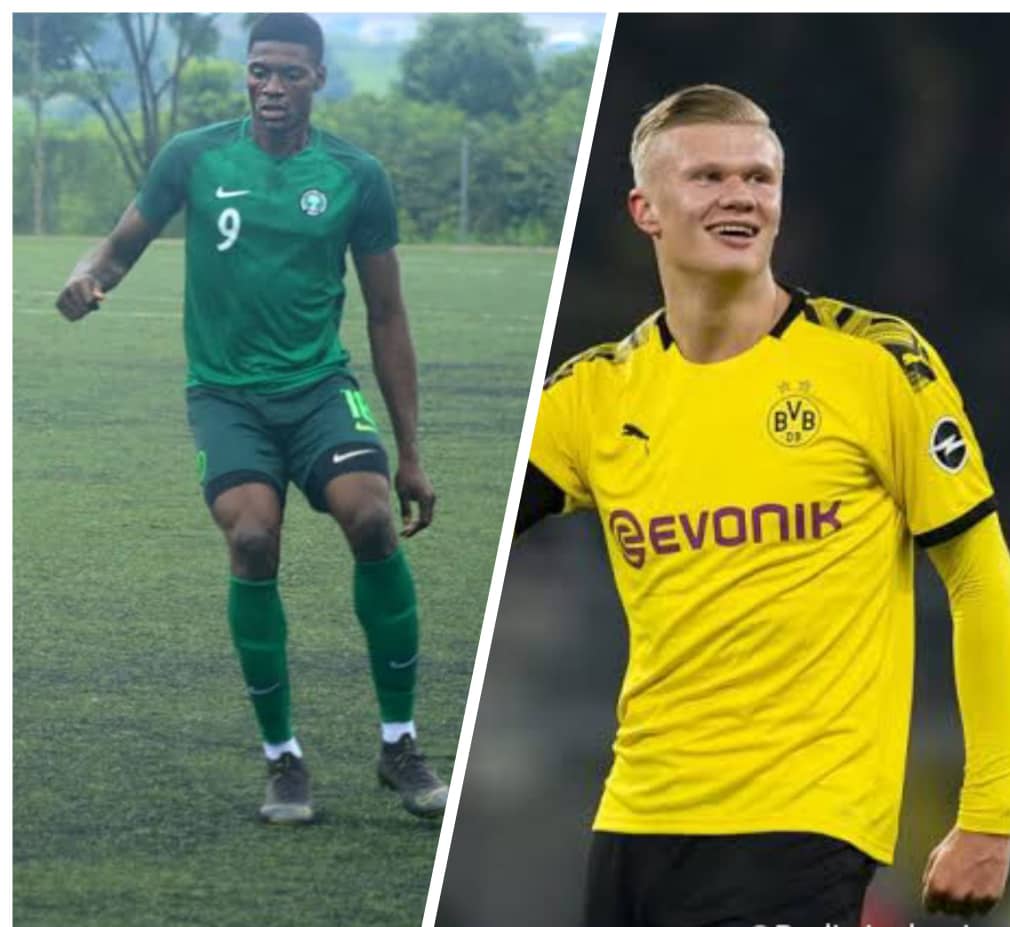 “He can hold the ball up, he runs in behind, he has two good feet, he can head, he can finish, he has a bit of pace. Physically he is strong enough, so he has all the attributes to excel in Europe,” Maikaba said.

“What’s impressed me most is as the spotlight has grown on him, as he’s talked about, given more praise, and as defenders are becoming more aware of him, he’s taken his game on and kept producing.”

Emeka was part of the Nigerian U-20 side that got to the round of 16 stage of the FIFA U-20 World Cup in Poland in 2019. He was also in Paul Aigbogun’s U-23 squad to the All Africa games and scored twice to help the team into the finals.