Nigeria internationals, Kelechi Iheanacho and Isaac Success who play for Leicester City and Watford in the English Premier League have been listed among the most wasteful strikers in the just-concluded campaign. 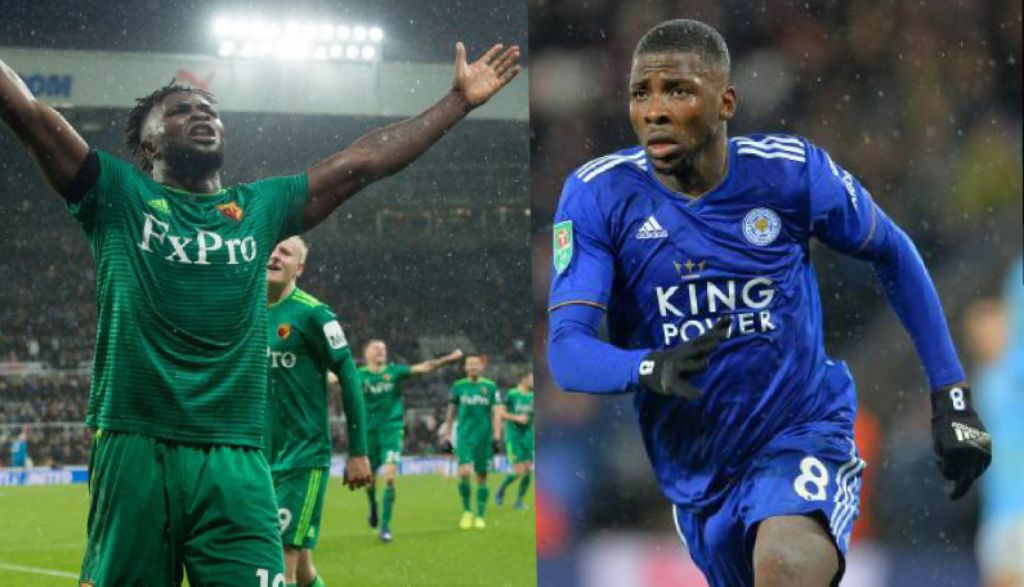 Both players only scored once for their respective clubs in 30 Premier League matches according to the EPL official website.

According to statistics, Success who is not on the provisional list of the Super Eagles list for the Africa Cup of Nations was the most wasteful Nigerian finisher. He had 29 shots fired during the season with a percentage of 3.45 percent

He is on the Eagles list even though his inclusion has been widely criticised.

Anthony Martial is the most clinical with 10 goals out of 39 shots. This gave him a shot conversion rate of 25.6 percent.

Mane is second, scoring more than one goal in every four shots taken (25.3 percent). Glenn Murray of Brighton is the surprise name in the third position on 24.1 percent. Just behind him in fourth is Aubameyang, whose 22 goals came from only 94 shots (23.4 percent).