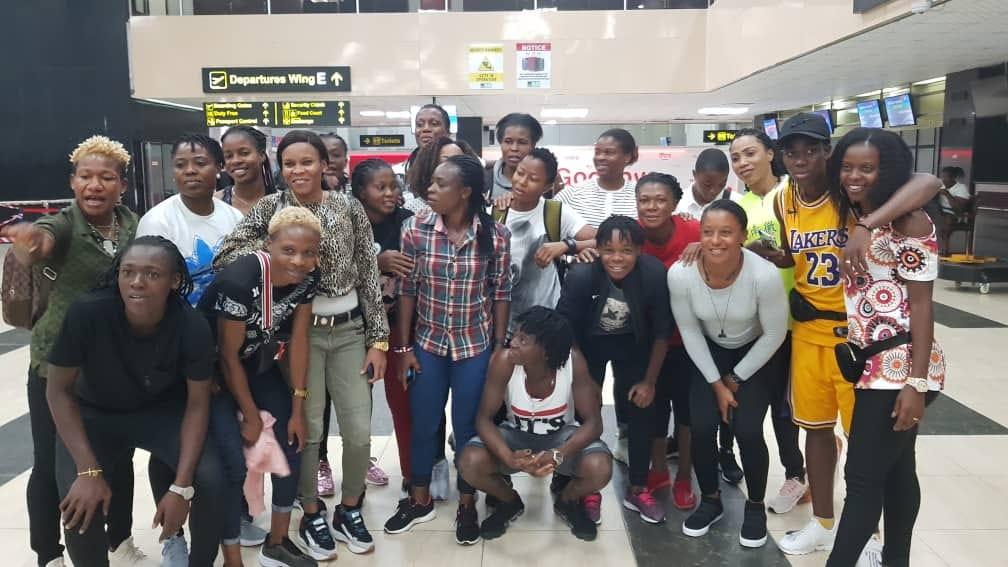 A source in a position to know told Sportinglife.ng that Dennerby had indeed threatened to quit but has been prevailed upon by some officials of the Glass House to remain cool while his case is looked into. The Swede we however gathered is worried that the waiting game is taking longer than necessary.

“He is just maintaining his cool because some officials of the Glass House appealed to him.  But he is not very happy about the situation and may indeed revolt if the waiting game continues,” our source said.

The Dennerby brouhaha is however not the only headache in camp, as the team travelled to their camping site in Abidjan on Tuesday dressed in mufti with some fans describing their dressing as coat of many colours.

Pictures posted on social media just before the team departed, indicates that  some of the players had simple jean and shirts on, some put on basketball jersey while some others had Ankara and other outfits that were neither here nor there.

Sportinglife.ng gathered that the girls had been told that their kits await them in Abidjan with some hinting just before departure that there might be protest should the statement turn out to be untrue.

“Let’s just assume that it is true that the kits are in Abidjan, until we get there,” some of the players were quoted as saying just before departure.

The defending champions are in Group B along with perennial rivals, the Bayana Bayana of South Africa, Shepolopolo of Zambia and Harambee Starlets of Kenya.

The Super Falcons, who are the most successful side in the history of the competition having won the title a record 10 times, will begin their campaign November 18 against the Bayana Bayana of South Africa at the Cape Coast Stadium.  They will take on Zambia three days later and round off the group matches with Kenya on November 24

The top three teams from the competition will qualify for the FIFA Women’s World Cup to be staged in France next year.

The 2019 Africa Women’s Nations Cup will run from November 17th to December 1st.

Round of 16: Inter Stops Barca’s Qualification

Afelokhai promises to give best for Eagles