By Our Reporter On Dec 6, 2018 0
Segun Toriola is one of Nigeria's medal hopefuls in the Table Tennis event 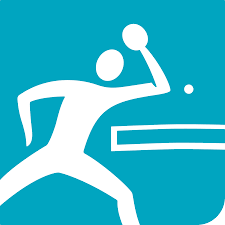 Matches in the para, able and deaf categories of the table tennis competition of the 19th National Sports Festival (NSF) did not begin on Thursday as earlier scheduled.

John Peters, the head of the table tennis technical committee, said that this was primarily due to the classification of disabled athletes.

Peters, who spoke after a technical meeting which lasted four hours, however said another strong reason for the competition’s delay was the disqualification of Segun Toriola.

He however said players from 32 states have registered to participate in the table tennis competition of the 19th NSF which began on Thursday.

“The draw for deaf players is ready and the list is in order. The draw for the para players is not ready because the officials have to finish the classification of players.

“For the able players’ games, one Segun Toriola has been registered twice by two different states, Akwa Ibom and Delta, and the rule says we should disqualify such a player. That is what we have done.

“So, we cannot start the competition today. We have to put everything in order and we are still expecting other states. They may arrive before Friday morning,” the official said.

Peters disclosed that competition would now start on Friday at 10 a.m. in all the 10 events, with the singles matches in the three categories of able, deaf and para.

He said the technical committee was still working on the draw for the para players, and that everything with it would be in order before Thursday night.

NAN reports that the 19th edition of the NSF is expected to end on Dec. 16.(NAN)

My daughter helped me recover from U.S. Open loss – Serena

Balotelli: Milan fans have no respect!