In a few hours, Real Madrid F. C. of Spain will line up against Liverpool F. C. of England in an historic encounter where Real Madrid is attempting to take home the trophy for the third consecutive time. Soccer pundits already classify the match to be between World’s best Cristiano Ronaldo and emerging soccer talisman, Mohammed Salah of Egypt. 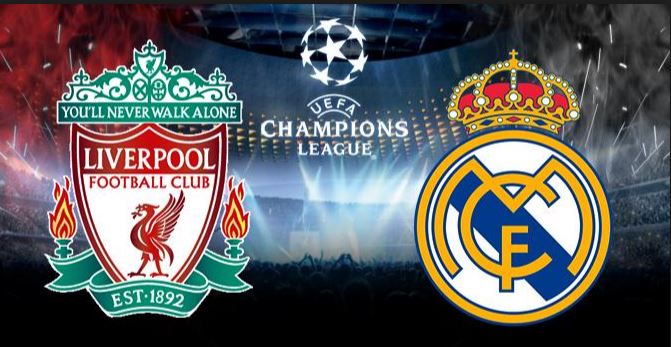 Reals record is intimidating. The club won 12 and lost 3 matches in the continental finals beating Old Lady, Juventus of Italy 4-1 in last years’ final. Incidentally, Real came as Runners-up in Group H: beat PSG 5-2 in Round of 16: saw off rival Juventus 4-3 in the Quarters and with the same margin in a very controversial encounter that queried the character of ace goal tender, Buffon banged Bayern Munich 4-3 in the Semis.
Real is ranked no 1 in Euro Club ranking. It did not do excellently well in the La Liga as she made the 3rd position. Ronaldo scored 16 goals. Real could field Navas, (ahead of Zidane’s son), Carvajal; Ramos, Varena; Marcelo, Isco, Casemiro, Modric Kroos, Benzema and Ronaldo.

Liverpool could be as dangerous as a rattlesnake. In 2005, it played the final with Bayern losing 0-3 at Half time, scoring level 3-3 at full time and won 3-2 on penalty. Salah is hot now breaking EPL goal scoring 32 goals in all competitions which is breaking goal record in England. Ranked 24 on Euro club rating, Salah and Firmino each scored 10 goals in the current Euro championship but there is a Sane who scores from insane angles. The last time the club appeared in the finals was in 2007 losing 1-2 to AC Milan.

The match will be played at the NSC Olympiyskiy meaning National Sports Complex. Kiev you know is the capital of Ukraine. That stadium is home to the national team of Ukraine and has a capacity of 70,000. There is an ongoing championship festival which started 24th to 27th featuring Championship greats to autograph your memorable items, live musical bands etc. I am given some useful phrases like Hello – Precivee; Please – boodla-skato; Thank you – Djaku’yu; Goal – Ghol and Goodbye – Dohpenbeh’-chen.

There are speculations that if Liverpool win the Euro Cup and could get to at least r16 in World Cup, Salah may win the Ballon Door. But reports say CR7 is 200% fit. Zidane says he is not a soccer strategist he plays as demanded but soccer analysts say Klop is a Football Scientist. Will Real take the trophy for keeps? Liverpool will fire from all cylinders and the Real defense loses concentration easily. Can Liverpool mark out Ronaldo? Real may not be able to hold the Liverpool three Cavaliers – Salah, Mane and Firmino. I do not see the bench winning the match neither do I see penalty shootouts. The match will be won in regular time. Real appears favorite because of fame but they may not be thrice lucky. The team wobbled and fumbled in the Quarters and scrambled in at the Semi.

*Eniola Olatunji was a Sports Commentator/Editor for various Media Houses including Radio Nigeria, OGBC/Tv and some Newspapers in Nigeria, He was 1st Vice Chairman of Ogun SWAN in 1980.