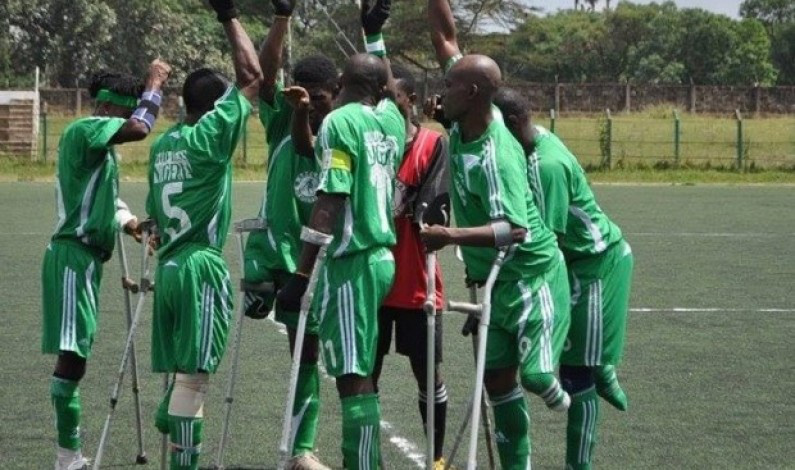 Victor Nwenwe, the National Coach, Nigeria Amputee Football Federation (NAFF), has appealed for an improved welfare package for amputee footballers and officials scheduled for a national camp in July.
Nwenwe said on Wednesday in Lagos that 26 players were selected for camping after the NAFF-organised national championships held in June in Abuja.
He said that the camp was part of the build-up for the nation’s participation at the 2018 World Amputee Football Federation (WAFF)-organised fiesta billed for Mexico from October 24 to November 5.
“We are hoping to resume camp by the end of this month and that the sports ministry is aware of this programme and equally making arrangements.

“The issue of welfare is very important and must take precedence in the arrangements because the footballers need to be provided with good accommodation, good food, medicals, kits and allowances.

“The task ahead is an intercontinental football fiesta, and we all need to contribute our quotas to achieve a common goal,’’ he said.

The NAFF coach said that adequate welfare would go a long way to boost the morale of the footballers and make them to have a sense of identification by the authorities.

According to him, the country’s participation in the tournament was long-awaited; hence, the need for adequate preparation for success.

He also appealed to corporate bodies to identify with the preparations of the NAFF national team, adding that the footballers needed much support.