The most successful wrestler in Nigeria – Odunayo Adekuoroye believes her inability to make the seeding list ahead of the 2018 World Wrestling Championship in Budapest, Hungary, would not deter her from aiming for the top prize. 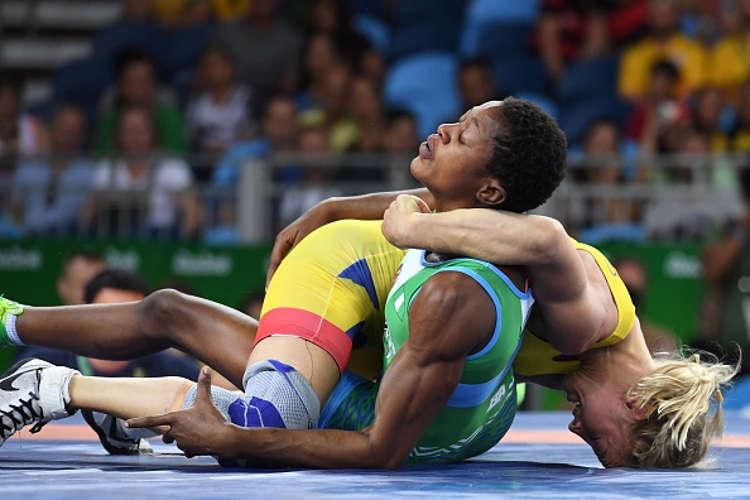 The double medalist at the World Championship has not been listed among the seeded wrestlers in the freestyle of women’s 57kg and the Odon State-athlete told Sportinglife.ng that seeding or rating does not win medals.

“I am not bothered if I am seeded or not because seeding is just on paper as what can bring medal to you is what you can do on mart. I am going there with the hope of turning my silver and bronze medals to gold this year. It is going to be tough because everybody is looking forward to make it to the podium but we are ready physically having trained normally in Bayelsa in readiness for the championship,” the 2017 silver medalist said.

The 24-year-old Commonwealth gold medalist however, expressed confidence in the four-man team made up of herself, Blessing Oborodudu, Aminat Adeniyi and Blessing Onyebuchi.

“We are all in good shape for the tournament and we are hopeful that we can co the country proud in Hungary. We have trained well under the watchful eyes of our technical team with input from the President of the Nigeria Wrestling Federation,

Daniel Igali who has been very supportive of the team,” she added.

The tournament serves off with the world Wrestling Congress which will be attended by Igali while the athletes are expected to depart Nigeria on Saturday October 20 aboard a Turkish Airline enroute Istanbul to Budapest.