Actions finally resumed in the 2019/2020 Nigeria Professional Football League (NPFL) across the country yesterday after series of delay with eight matches played on the match day one. 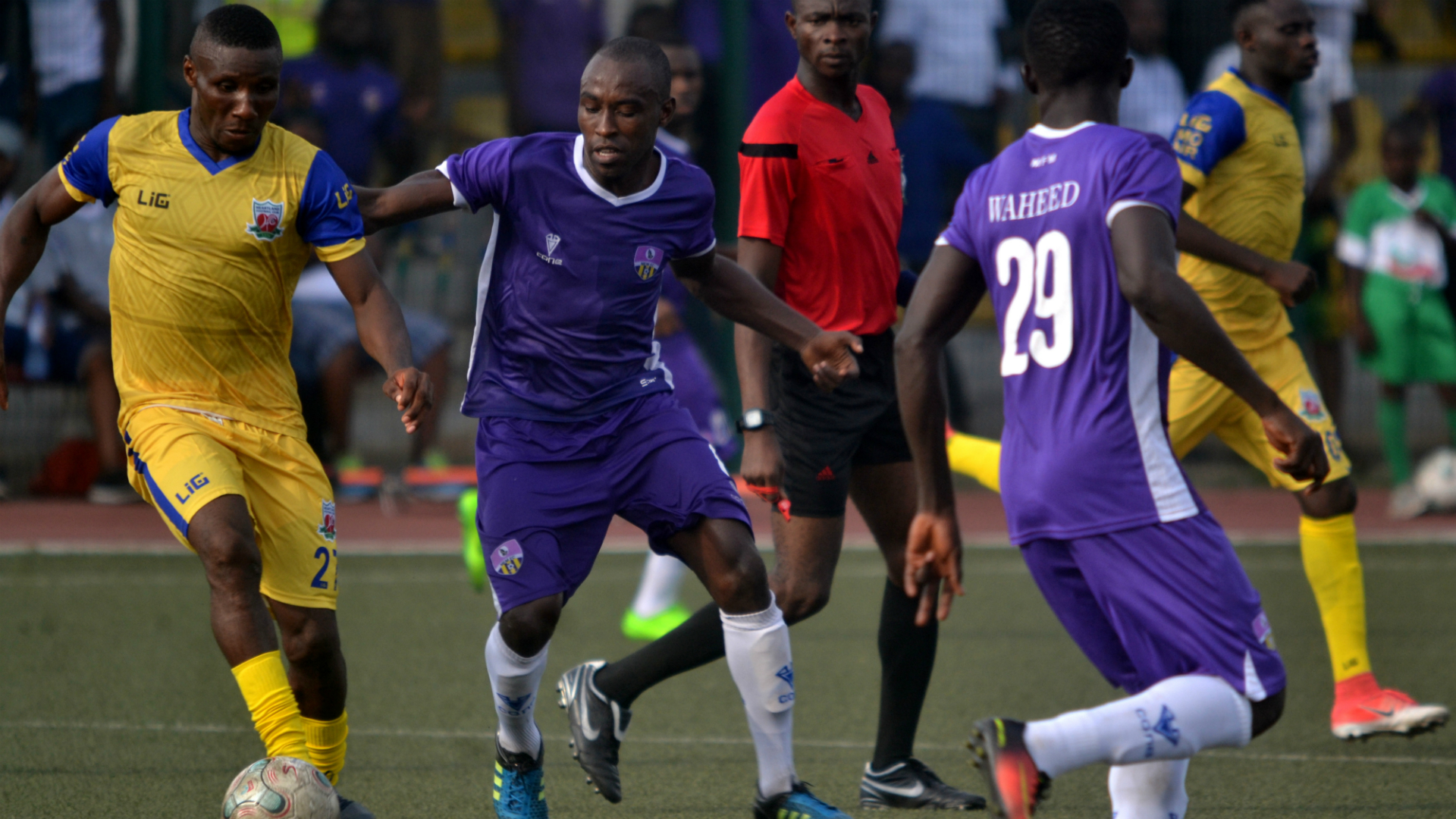 The two remaining matches involving Rangers International FC of Enugu and Enyimba International of Aba were postponed due to their continental engagement in the CAF Confederation Cup. The two teams have qualified for the group stages of the competition after winning their matches yesterday.

One away win with four homes wins and three home draws were recorded.

Mountain of Fire and Miracle Ministries (MFM) FC of Lagos got their 2019/2020 season on sound note as they shocked Heartland FC 1-0 at the Dan Anyam Stadium, Owerri. Clement Ogwu’s 39th minute goal was all the Lagos-based outfit needed to humiliate Nazi millionaires in front of the home fans and their former handler Fidelis Ilechukwu.

It was a battle of two former league champions at the New Zaria Road Stadium in Jos, as the game between Plateau United and Lobi Stars ended 3-1 in favour of home side. Unlike last season, Plateau United starts the season with a convincing win with a dominant display over Lobi Stars.

Silas Nerot opened score for the coach Abdu Maikaba tutored side in the 12th minute. The hosts double their lead in 27th minute when Solomon Kwambe sliced Itodo’s into his own net. Sikiru Alimi reduced the goals deficit for Lobi Stars in the 32th minute via a penalty kick but Amos Gyang put the game beyond the visitors when he netted the third goal in the 67th minute.

At the Pantami Stadium in Gombe, the adopted home ground for Wikki Tourists of Bauchi, Wikki Tourists came from one goal down to beat the league new comers Jigawa Golden Stars 2-1.

The visitors led through a 15th minute goal from Lala Abdullahi but the Big Elephant turned it around against when Saidu Abubakar 47th and Idris Guda 61st minutes goals game them a 2-1 win.

In Umuahia, Jimoh Oni scored a brace to give Abia Warriors a 2-0 victory over Katsina United. Oni shot the home side into the lead in the 8th minute before he netted the second goal in the 47th minute.

Meanwhile,  new comers Warri Wolves were held to a 1-1 draw at the Owerri Township Stadium by Akwa United.

Samuel Amadi recorded the first goal of the 2019/2020 NPFL season when he scored Warri Wolves’ goal in the 2nd minutes. Mfon Udoh levelled score for the visitors in the 28th minute to end the game 1-1.

In Anambra, debutants Adamawa United started their campaign in a defeat when they lost 1-0 to FC IfeanyiUbah.  Samuel Kalu’s 41st minute goal separates both sides.

At the Stephen Keshi Stadium in Asaba, Bala Yahuza saved the home side from defeat when he equalised for Delta Force in the 78th minute against visiting Akwa Starlets to cancel Isaac George’s 50th minute goal.

The match between Kano Pillars and Rivers United which was played at the Sani Abacha Stadium, Kano ended goalless as both sides failed to convert all their chances. Water break was given to the two teams due to hot weather.

U23 AFCON: Dream Team VII star out of opener against Cote d’Ivoire