Jurgen Klopp has warned Guinea against rushing Naby Keita into the field particularly for the Group B tie of the
2019 AFCON against Nigeria, Burundi, and Madagascar. 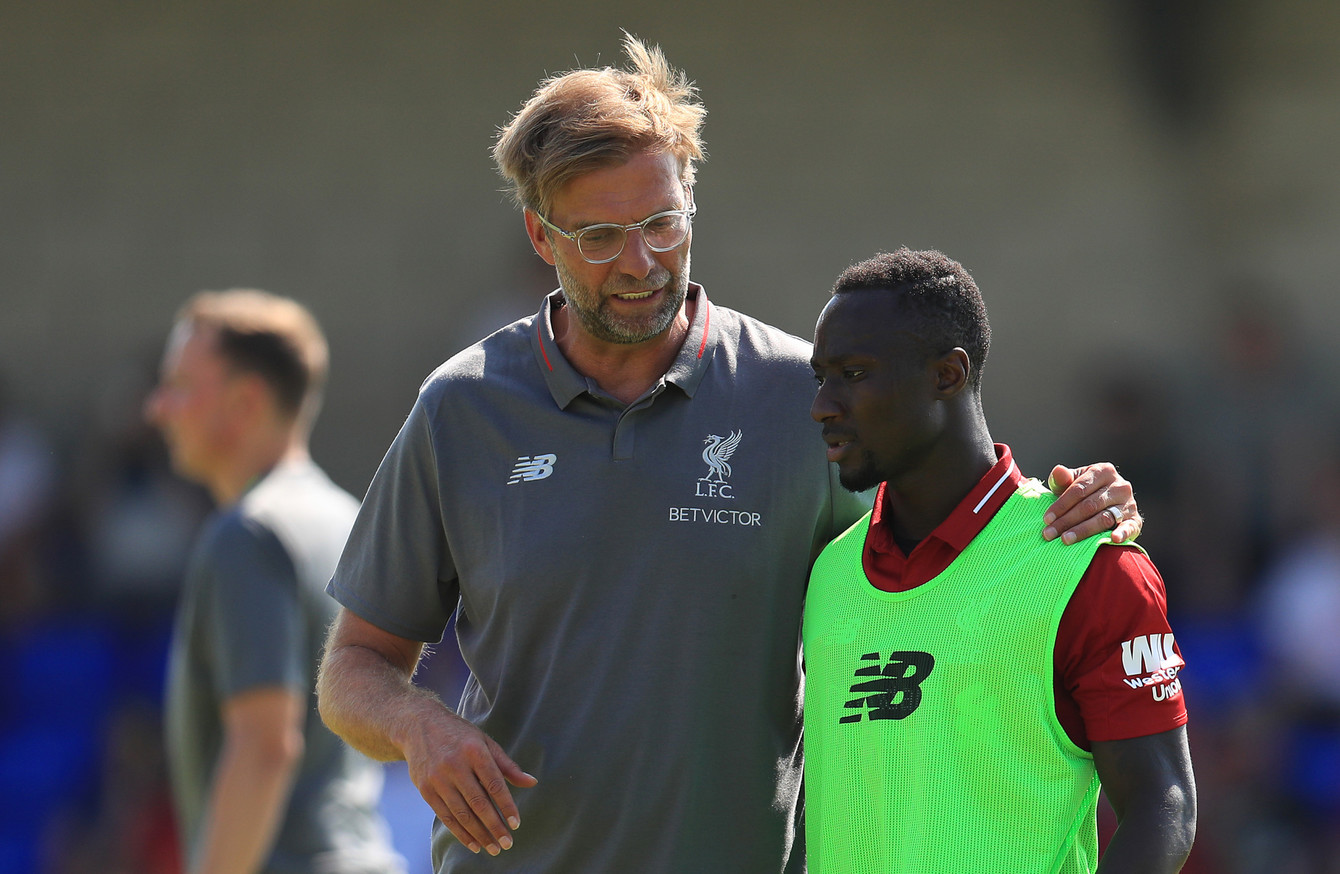 Klopp has been under criticism from the Guinea Football Association over his conclusion that the midfielder would be fit for AFCON.

But Klopp told Liverpoolfc.com yesterday that although Keita is ahead of schedule for a return – but won’t play again this season unless he’s 100% fit.

“For me, it would be good if Naby would be 100% fit and could play the Africa Cup of Nations, to be 100% honest. But we don’t know, we will see, and we need to work together with their medical department because in the end, a player who is fit – from my point of view – who can play, should play for his country.

“If he is not 100% fit, he cannot play. That’s how it is. It is not important whether you play for your country or your club.

“That’s what we try to make sure. It looks good, very positive and we will see if there is a chance,” Klopp said.

Keita has been absent since suffering an adductor injury when caught by Barcelona’s Ivan Rakitic during the Champions League semi-final first leg in Camp Nou on May 1.

The Reds boss declared the initial prognosis was two months on the sidelines, which was met with anger from the Guinean authority who warned Klopp ” to pull himself together” and “let the doctors do their job” given they want Keita available for next month’s AFCON in Egypt.

Keita is part of the 26-man Liverpool squad in Marbella for a week-long training camp ahead of the Champions League final against Tottenham Hotspur in Madrid on June 1, and is continuing his rehabilitation programme
away from the main squad with the club’s fitness coaches.

And while Klopp has been encouraged by the progress of the midfielder, he won’t take any unnecessary risks – and believes Keita shouldn’t be considered for international duty this summer unless completely free of
injury.

“Naby is, I would say, a bit ahead of schedule, but that doesn’t mean anything for the final,” said the Liverpool boss.

“He is now doing straight runs and all of that stuff, he feels comfortable with 50% intensity and these things – but there is still a way to go.

Read Also: Guinea not giving up Keita fitness for AFCON 2019

“I know about the issues with Guinea and stuff like that; we don’t want to keep a player out if he can play – maybe they think it is like this, but it is not like this.”

Ndidi, Dinma to walk down the aisle on Saturday