The 2019 AFCON Qualifier between Nigeria and Libya has been rescheduled for Tunisia, according to Libyan newspaper, Alwasat.

The group E encounter was initially billed to be played at the Omer Hamadi stadium in Algeria, where they defeated Seychelles 5-1 on June 9, 2017.

However, the Libyan Football Federation (LFF) insisted on Tunisia after denying the request of Coach Adel Amrouche for the match to be played in Algeria. 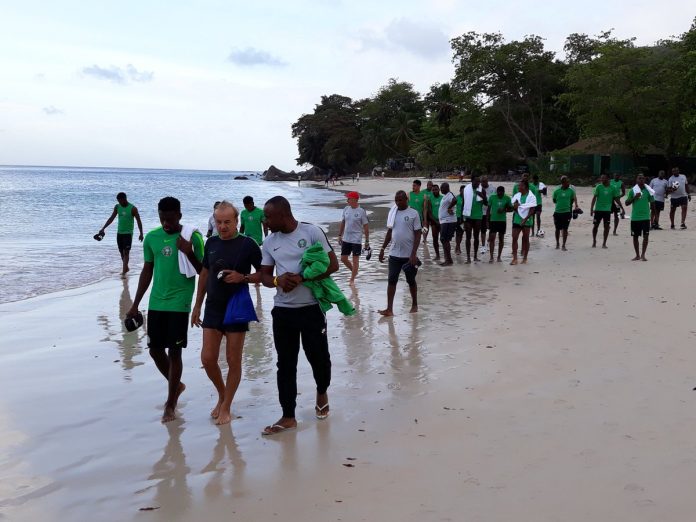 Amrouche, who is a Belgian-Algerian, wanted the game in Algeria because he can get fans to support the Libyan team but the Libyan Federation has finally rejected his request.

Meanwhile, the Nigerian Football Federation (NFF) are yet to finalise on a venue for the double-header against the Libyans but Ahmadu Bello Stadium Kaduna, Stephen Keshi Stadium and Enyimba International Stadium are the currently being considered.

After two matches in Group E of the AFCON qualifiers, the Super Eagles trail Libya and South Africa by one point.