Popular comedian and actor Ayodeji Richard Makun also known as A.Y has strongly tipped the Super Eagles to emerge Champions of this year’s Africa Cup of Natuons (AFCON) holding in Egypt in June.

A.Y who was a special guest at the Akpoyibo Green Foundation/Asteven Youth Talent Hunt and Football Tournament that was rounded off at the Abuja National Stadium Sunday disclosed this to SportingLife.ng in Abuja.

According to him, “As a matter of fact Nigeria has the best team in place at the moment. The Amaju Pinnick led Nigeria Football Federation has been able to infuse some solid young blood (players) into the team. Kudos must also be given to the Eagles Coach Gernot Rohr for doing a good job so far”, the ace comedian reasoned.

A.Y who was a player who enjoyed playing as a right and left wing attacker also said that “this present team is not like the old Super Eagles team as usual where you have the old that were no longer performing to expectations refuse to quit to allow the young and enterprising players to shine. 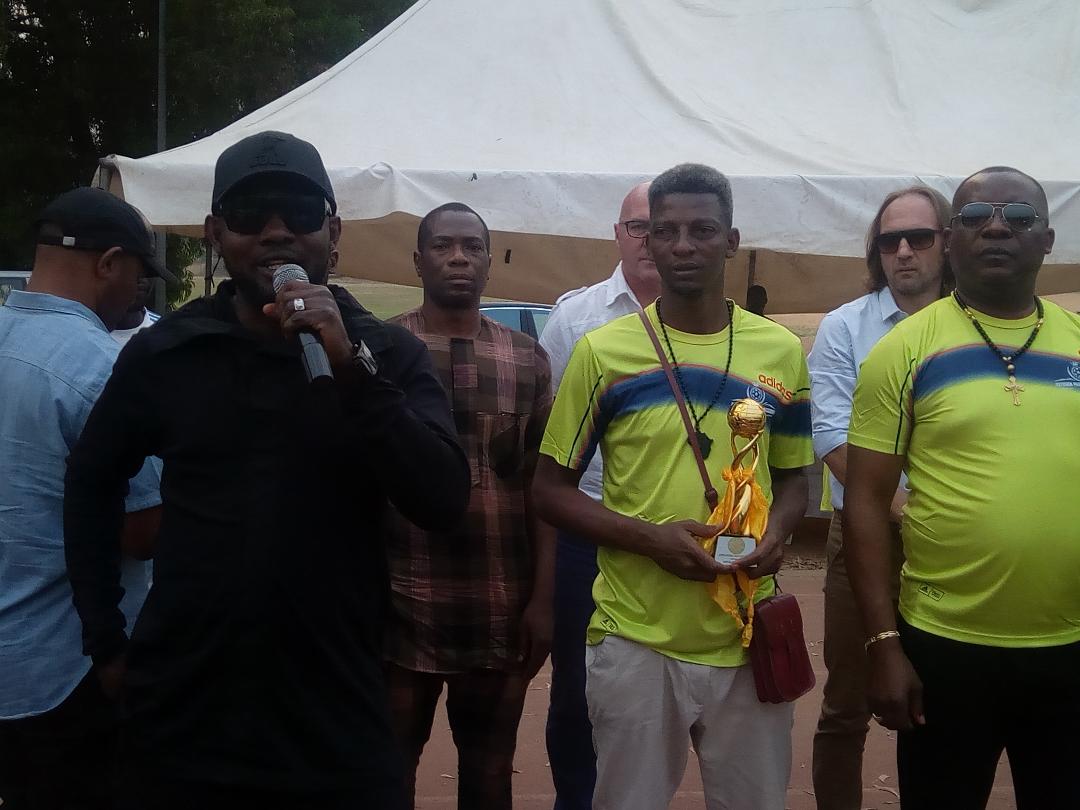 “I want to say that with the team that is on ground and that I am seeing right now with the likes of Alex Iwobi, Kelechi Iheanacho, Samuel Kalu, Samuel Chukwueze and the rest I think we will stun Africa in Egypt and this team has future too.

“What I just want to advice this present squad to do is to keep their heads low and don’t allow all the euphoria of their winnings in the AFCON qualifiers to get to their heads. Because when its time ro celebrate the high moments the Eagles tend to put us (Nigerians) in trouble and instead of celebrating we begin to weep.

“But I believe that with the way the team is going now and most especially with the right and wonderful coordination of the team by Coach Gernot Rohr this team will surely go places”, A.Y told Sportinglife.com.ng in Abuja on Friday.

Makun however hailed the President of Akpoyibo Green Foundation/AstevenGroup for investing in the youths of the nations as well as empowering them to be useful to themselves and their families through football and business opportunities his Company is providing for them.

Indian actress apologizes to Iwobi for calling him a gorilla