Nigeria will be aiming to have a glorious return to the global stage at junior level as the battle for the African slots at the ITTF World Junior Championships (WJC) begins on April 7 at the 2019 African Junior and Cadet Championships in Ghana. 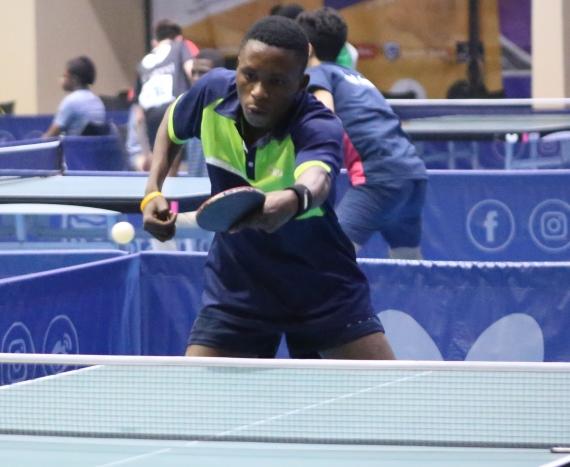 The African tournament also serves as the platform to select the African Cadet team for the World Cadet Challenge holding in October in Poland, while the WJC will be hosted by Thailand in December.

Defending champion – Egypt will be aiming to hold on to their titles in all the events but the return of another continent’s superpower – Nigeria may pose a threat to the North African ambition.

For the President of African Table Tennis Federation (ATTF), Khaled El-Salhy, this is indeed a record entry. “It seems we are going to have historical event with the highest level of entries since 2001, with 180 players representing about 20 countries listed for the 2019 African Junior and Cadet Championships. We look forward to an exciting tournament in a cordial and friendly atmosphere in the beautiful country of Ghana,” El-Salhy said.

To affirm its readiness for the competition, Nigeria has showed its class at the ITTF World Junior Circuit after dominating the event to emerge as the best team of the tournament last week.

Ghana will also be relying on the skills of 11-year-old Ibrahim Gado Nuhu who claimed the sole gold medal won by Ghana at the ITTF World Junior Circuit.

Already, all the teams are in Accra for the one-week battle as players and teams compete in events like team, singles and doubles in the junior and cadet categories.

The top three teams in the junior team event will qualify for the World Junior Championship holding later in the year in Thailand while the best five players in the boys and girls cadet singles will form the African Cadet Team to the World Cadet Challenge in Poland later in the year.