More secondary schools in Lagos State have indicated interest in attending the second edition of the Channels Track and Field Classics scheduled to hold at the Teslim Balogun Stadium, Lagos between November 13 and 14. 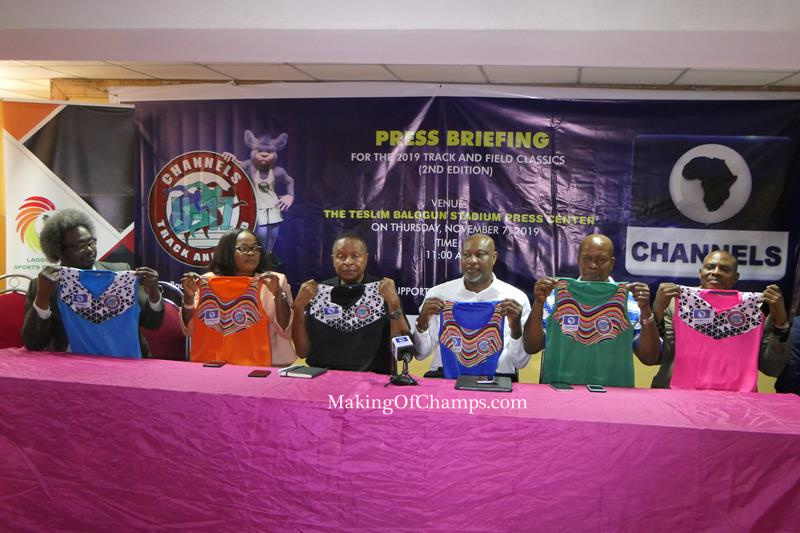 This much was revealed during the official press briefing for the event held yesterday at the Press Center of the Teslim Balogun Stadium.

SportingLife gathered that the over 50 schools from different educational districts in the state will take part in the ten events which is an improvement on the first edition where athletes competed in only 8 events.

The chairman of the Main Organising Committee (MOC) Steve Judo, disclosed that the concept of the tournament was a creation of Channels Television chairman, John Momoh would believe that sports should be part of the developmental process of students.

“We believe that talented students in secondary schools should have a platform where they can showcase their talents to the world beyond the annual inter-house sports organised by various schools across the country.

“This classics is meant for students below the ages of 17 because we feel that this should be the foundation for athletics development in the country and we are happy that the first edition held last year has already
produced athletes in Alimat Alowonle and Fatola Adedoyin that have represented the country at the Africa Youth Games” he said.

The chairman of the technical committee of the tournament, Henry Amike posited that athletes discovered in this edition could be groomed for the 2024 Olympic Games which will be held in Paris, France.

Read Also: Blessing Okagbare wins 200m race at Prefontaine Classics in the US

“We want to use these classics to restore our lost glory in athletics. It usually takes about five years to train athletes to stardom. We are projecting that athletes discovered from these classics will represent Nigeria at the 2024 Olympic Games in Paris, France” he said