Twenty three Super Eagles players embarked on different training regime at the Arab Academy for Science, Technology and Maritime Transport in the port city, Alexandria, Tuesday, ahead of Nigeria’s opening game against Burundi on June 22. 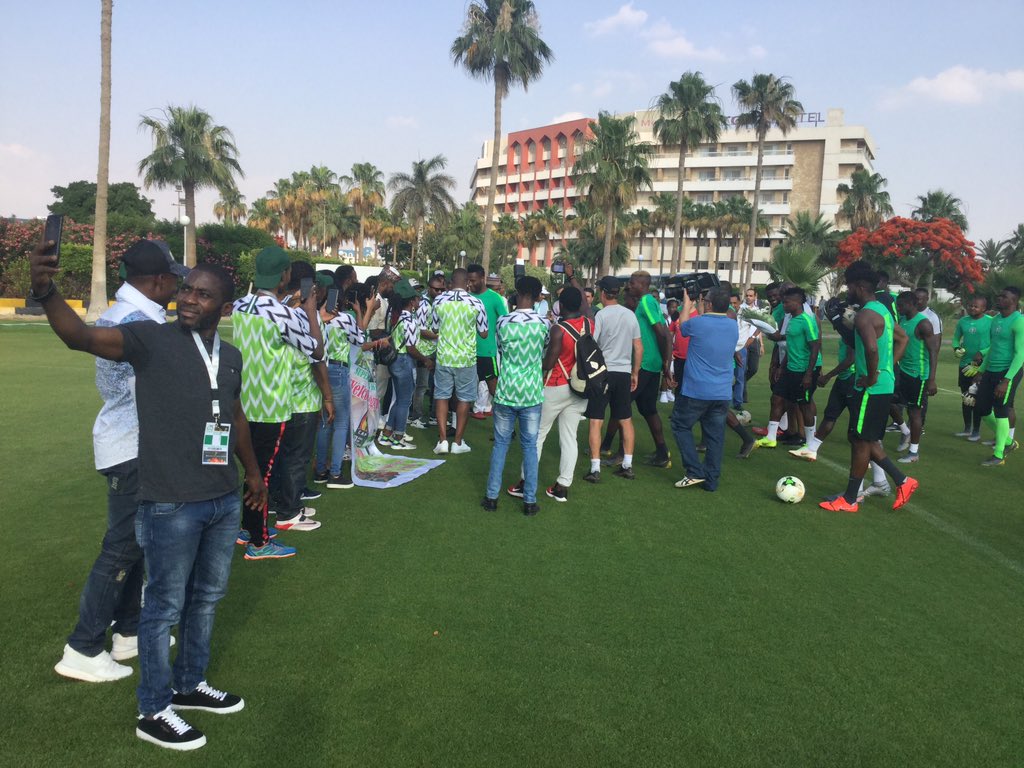 According to an account sent to Sportinglife on Tuesday by the Director of Communications Nigeria Football Federation (NFF) Ademola Olajire, Nigeria’s juggernaut rolled into Egypt’s second city, Alexandria on Monday evening as the countdown to the 32nd Africa Cup of Nations hit the home stretch.
The three-time champions moved straight to their Helnan Palestine Hotel on arrival on Monday against the background report published by Sportinglife exclusively on Tuesday that 10 players were down with the different type of illnesses in Ismialia.
According to the impeccable source from the Eagles base in Alexandra “four players are still sick could not participate in yesterday’s training here in Alexandra.
“Ahmed Musa, Shehu Abdullahi, Paul Onuachu and Leon Balogun were completely out for now. They couldn’t train at all today. A virus is still around. The virus has really affected our players. The Coach is however not panicking but he is actually troubled about it.

Read Also: Eagles, others assured tight security amid Morsi’s death
“Right now as we speak we have 10 people who were or are still sick. The sickness seems to come from the Aircondition of the hotel. Surely its a Virus. We hope the players recover before Saturday”, the dependable source told SportingLufe exclusively from Ismaila.