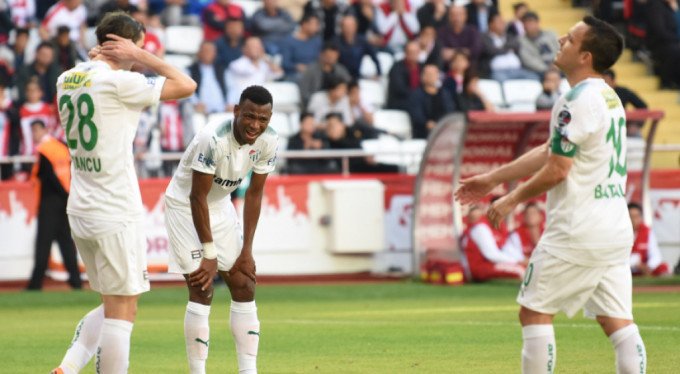 Nigeria international, Abdullahi Shehu lasted the entire minutes for Turkey outfit, Buraspor, despite picking up a yellow card in their 4-1 win against Karabukspor in the Turkey Super League on Saturday.

Playing away, the victory takes Buraspor to the 11th position with 36 points.

It was Abdullahi’s 12th appearance for Buraspor and second win for Er who replaced Paul Le Guen who was sacked last week.

“Good to be back to winning ways, congratulations to the coach and my teammates. We appreciate our patient fans for their massive support!,” Abdullahi tweeted after the game.

While Abdullahi has continued to enjoy playing time under Er, it is a different ball game for fellow compatriot, William Troost-Ekong who was benched for the second time in a row.

Er appears to be comfortable with the duo of Titi and Ersoy in the central defence ahead of the 24-year old who was a regular under Le Guen.

It is the same story for another Nigeria international, Mikel Agu who was also benched for the entire game.

The exclusion of Ekong, who is one of the Super Eagles dependable defenders ahead of the FIFA World Cup, is not good news for head coach, Gernot Rohr.