My strikers will score GOALS-Rohr 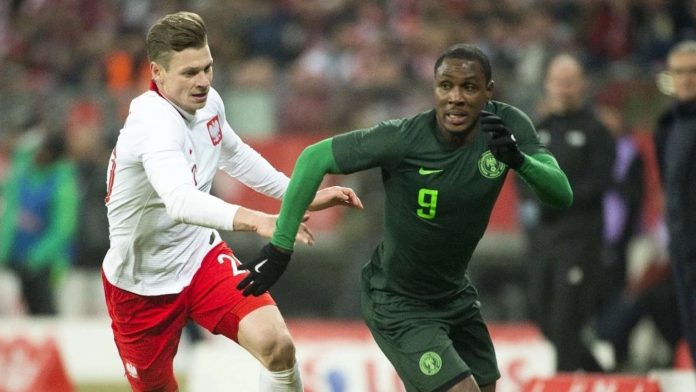 Super Eagles coach Genort Rohr has said that he is satisfied with the performance of his strikers for their respective clubs at the weekend.

The German coach is banking on his strikers to score goals at the biggest football showpiece.

Odion Ighalo scored four goals for Changchun Yatai in their 5-2 away win at Guizhou Hengfeng in the Chinese Super League, Ahmed Musa netted brace for CSKA Moscow in a 2–1 win over Krasnodar in the Russia league while Victor Moses scored the winning goal in Chelsea’s 2-1 win against Burnley in the English Premier League.

“I am not pessimistic about my strikers; they are doing well for their clubs. You can see from what happened over the weekend, Odion Ighalo scored, Ahmed Musa scored, Moses also scored for Chelsea. Alex Iwobi was in action for Arsenal and he did well, kelechi Iheanacho also played for Leicester city, although, he did not score but he performed well. Mikel Obi is also good in the midfield and he can also score. I am hopeful that we will score more goals in the world cup,” Rohr said.

Meanwhile, the team’s fitness coach has traveled to Turkey to assess the fitness of Super Eagles vice-captain, Ogenyi Onazi, according to Rohr.