Liverpool are reportedly closing in on a double deal for Lille duo Boubakary Soumare and Nigeria’s  Victor Osimhen, with both players worth a combined estimate of £110million. 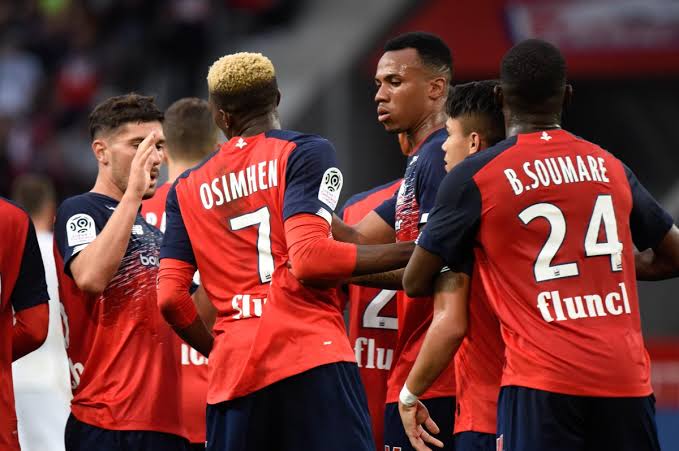 The talented duo have been watched by several Premier League scouts this season with Manchester United, Newcastle and Chelsea all taking an interest.

According to Le10 Sport, £50m-rated dynamic midfielder Soumare is high on Liverpool’s shopping list but he is not the only Lille player of interest.

Osimhen has been linked with a £60m switch to Anfield since the turn of the year and his power gives them a central striking option that Jurgen Klopp does not currently have.

The 21-year-old is having a stunning debut season for the French outfit, scoring 18 goals in 38 appearances in all competitions, and is seemingly being lined-up as an alternative to Timo Werner, who now looks more likely to head to Italy this summer.

Soumare, also 21, came close to joining Steve Bruce’s Newcastle in January only for a deal to fall through, but the Toon are expected to be very active in the transfer market once their Saudi takeover goes through, and they could return with another bid.

read also:Lille insists on €80m from Liverpool to sign Osimhen

However, the report adds that Reds sporting director Michael Edwards is ready to give the nod for the club to sign the duo and further strengthen Jurgen Klopp’s already impressive squad.