By Onyewuchi Nwachukwu Last updated Jun 10, 2019 0
Aaron Samuel has not played for the Super Eagles for about three years but the big striker is an ever present figure on social media where he frequently shows off his classy lifestyle. 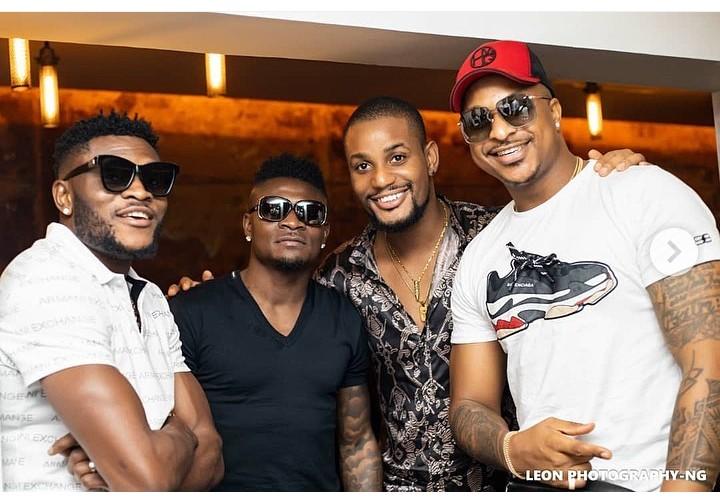 One of such event took place last weekend when the former CSKA Moscow forward splashed the cash to give himself a birthday bash in a highbrow venue in Lagos with several celebrity guests in attendance.
Top on the list of guests who honoured Samuel’s invitation to an exclusive party were popular Nigerian footballer, Obafemi Martins who played in the Chinese Super League like the celebrant.
Nollywood stars like Alexx Ekubo and IK Ogbonna were also among the guests who were in attendance with Ogbonna taking to his official Instagram handle to post pictures from the event.
“Super Eagles & Nollywood. It’s all love” Ogbonna captioned the pictures.

Samuel plays as a striker for China League One side Sichuan Longfor, a club he joined on March 1, 2019, after leaving Betar Jerusalem as a free player in December 2018.
Loading...
Aaron SamuelLatest Sports Newssportinglife.ng