West Bromwich Albion has wasted no time after showing interest in Nigerian-born defender, Tosin Adarabioyo by signing him on a season-long loan from Man City.

The 20-year-old becomes the third defender to join the Baggies this summer.

The youngster made his senior debut for City in their 5-1 defeat to Chelsea in February 2016. 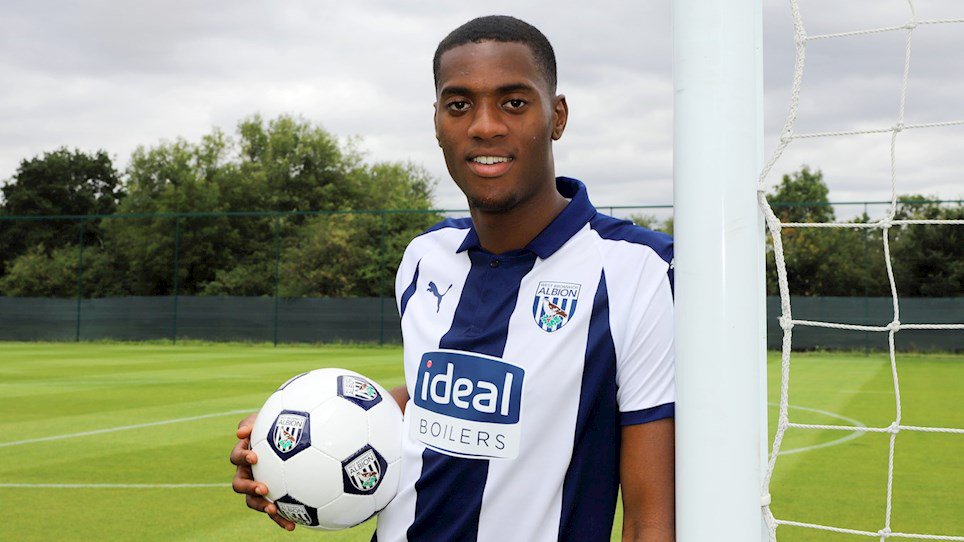 Since then he has gone on to make seven more first-team appearances for the club under Guardiola.

In his first interview with the Baggies, the central defender agreed a season-long loan at The
Hawthorns from Premier League Champions Manchester City – a move that feels somewhat “strange” to a
young man out-and-about for the first time in his career.

“It feels very strange considering the amount of time I’ve been at Manchester City,” he laughed.

“I think it’s the time in my career where I need to play as many games as I can.

“The challenge of the Championship of playing two games a week so it’s about adapting to that.”

And – as always seems to be the case – he paid tribute to Head Coach Darren Moore for the role our
gaffer played in bringing him to the Baggies.

Tosin added: “Darren Moore was a big part of my decision.

“He’s a great guy. I cant wait to start working under him.
“In terms of his personality, how he comes across and his history of being a centre-half, I think I can
learn a lot from him.”

Adarabioyo has featured in the Champions League and Carabao Cup for City, but not in the Premier
League.

WIth his experience and potential, he might be a regular starter for the club.

Musa joins Al-Nassr for the money

Everton Key to my Galatasaray stay–Onyekuru