Lagos State squash player, Adegoke Onaopemipo is the new number one men’s player according to the latest ranking released by the Nigeria Squash Federation (NSF) for September 2019. 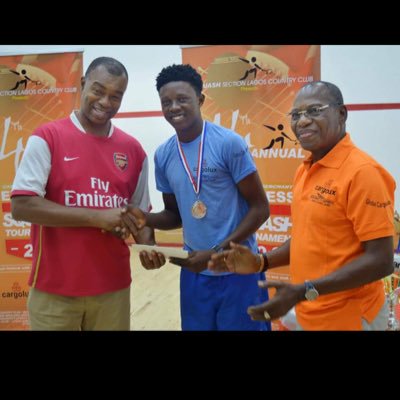 The teenage sensation played in under 19 category before joining the senior ranks in 2017.

He topped the September ranking after he emerged winner of the men’s category of the second Chief Olusegun Obasanjo National Squash Open tournament held in Abeokuta.

Adegoke who has been playing squash for the past ten years told NationSport that he has had to scale hurdles and go through hard times before becoming a top player.

“I was playing in the under 19 categories. Then I started playing at senior level two years ago. I played five tournaments and won four before becoming the current number one player. I will say hard work and concentration has been my motivation. I have been aiming to become the youngest national champion,” the 20-year old said.

He added: “Adewale Amao who now plays in the USA has been my mentor. I watched him play a lot and then I got addicted to his pattern of play which I imbibed. Sodiq Taiwo also inspired me a lot because of his age. I will always tell myself that if a man of that age can play well definitely I can do better than that.”