Two-time Commonwealth champion Odunayo Adekuoroye (57kg) has reflected on her performance in the year 2019 and gave thanks to God almighty for her achievements. 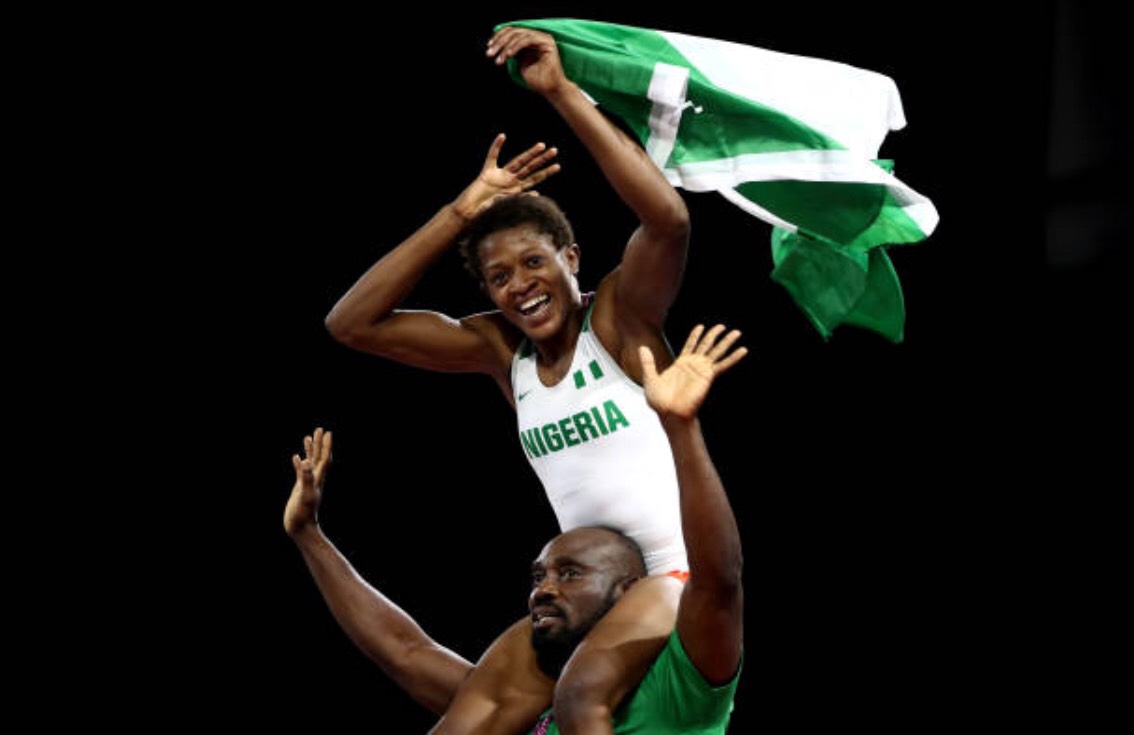 In a chat with Sportinglife.ng,  the Ondo State-born wrestler said she is looking forward to more glorious outings this year.

“I am already looking forward year 2020 and my target is to win a medal at the Olympics in Tokyo. I made mistakes at the world level in 2019 and still won a bronze. So if I correct my mistakes as I prepare for competitions in the New Year and I am not match rusty, and with the help of God, all things are possible,” Adekuoroye told Sportinglife.ng.

Adekuoroye began her 2019 year on a superb note by claiming a gold medal at the Grand Prix of Germany in Dormagen, in February. She followed it up with a bronze at the Dan Kolov-Nikola Petrov ranking series tournament in Bulgaria and also won her 5th African title at the 2019 African Senior Wrestling Championships in Tunisia in March.

The 26-year-old showed her class by winning gold at the 3rd Governor Serieke Dickson National Wrestling Classics held in Bayelsa in July to book her place at the Africa Games in Morocco.

She continued with her superb performance by winning gold at the Yasar Dogu Ranking Series event held in Istanbul, Turkey in July.

In August, Adekuoroye successful won her second consecutive Africa Games gold medal in Morocco before heading to Kazakhstan in September where she won bronze at the Senior World Wrestling Championships in Nur-Sultan and also booked an Olympic ticket.

Adekuoroye is one of the few athletes that were recently adopted by philanthropist through “Adopt Campaign”, an initiative of the Minister for Youth and Sports, Sunday Dare which seeks to support athletes who will be making Nigeria proud at the 2020 Olympics in Tokyo, Japan.

Lampard’s assistant: I have ‘utmost respect’ for Mourinho