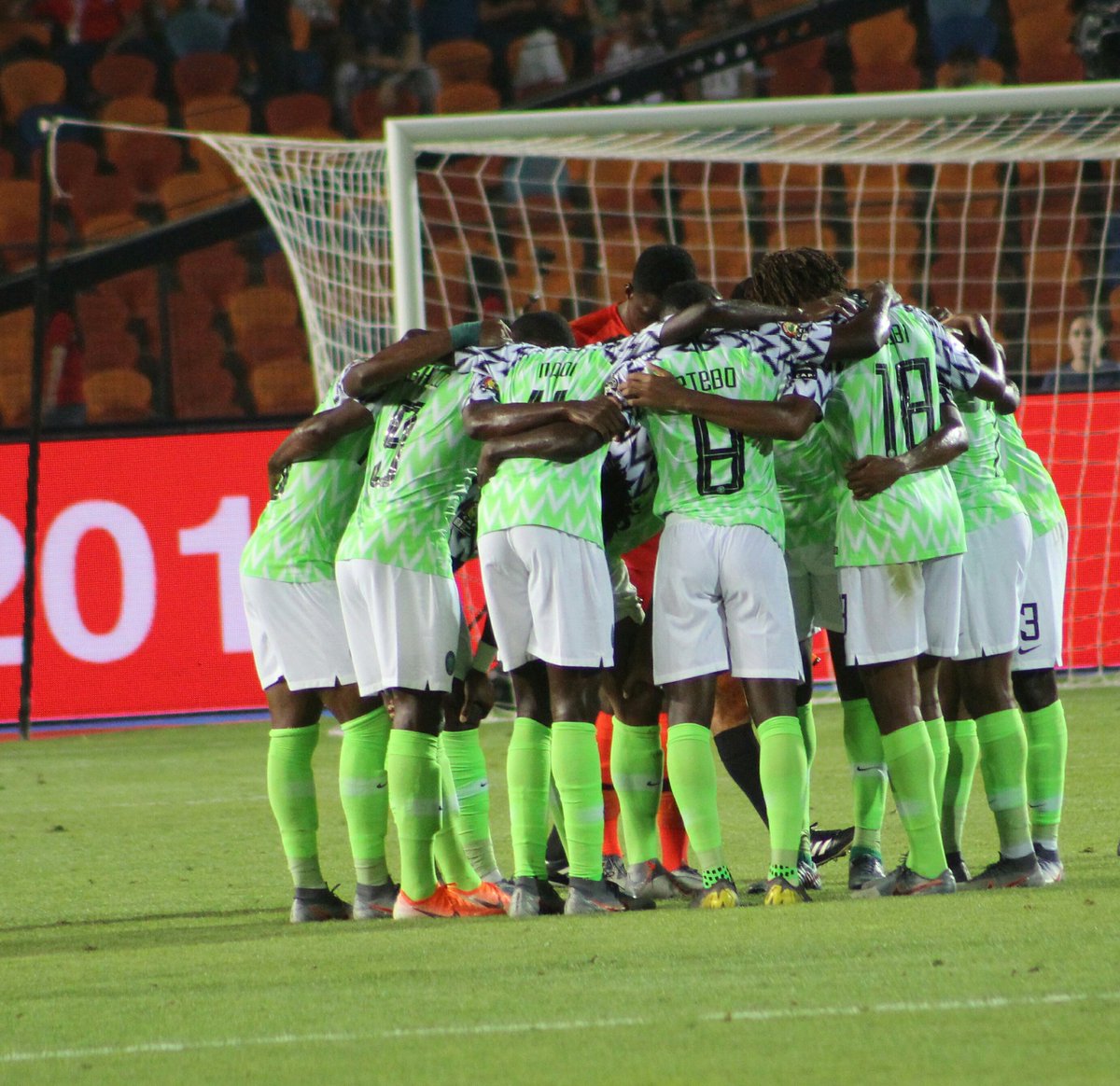 A Sports Analyst, Anthony Ozioko, has urged the Super Eagles to compensate Nigerians by defeating their Tunisian counterparts in the third place match of the ongoing Africa Cup of Nation (AFCON) in Egypt.

Ozioko made the appeal in an interview with the News Agency of Nigeria (NAN) in Nsukka on Monday.

He noted that the Super Eagles played well but lost 2-1 because luck was not on their side.

“I know that in every match, one side must win but what pained me was the last -minute goal scored by the Algerians.

“I want Eagles to do everything within their capacity to defeat Tunisia in the third-place match in order compensate millions of football enthusiasts in the country,’’ he said.

Ozioko, a former Supervisor of Youths and Sports in Nsukka Local Government Area, urged the Eagles’ Coach, Gernot Rohr and his technical crew to defeat the Tunisians.

“Many football enthusiasts in the country will feel very bad if Eagles fail to win the third-place match against Tunisia.

“The coach and the technical crew of the Super Eagles should devote time to watch some of the past matches of the Tunisians to know their weak points in order to take advantage of it to defeat them, ‘’ he said.

Ozioko urged Nigerians to pray for Eagles to enable them win the third-place match, saying that prayer could help to attract God’s favour.

“With prayer, Super Eagles’ players will play as a team and with better coordination, which will give them victory in the third-place match,’’ he said (NAN)

Senate President charges Eagles to go all out for bronze