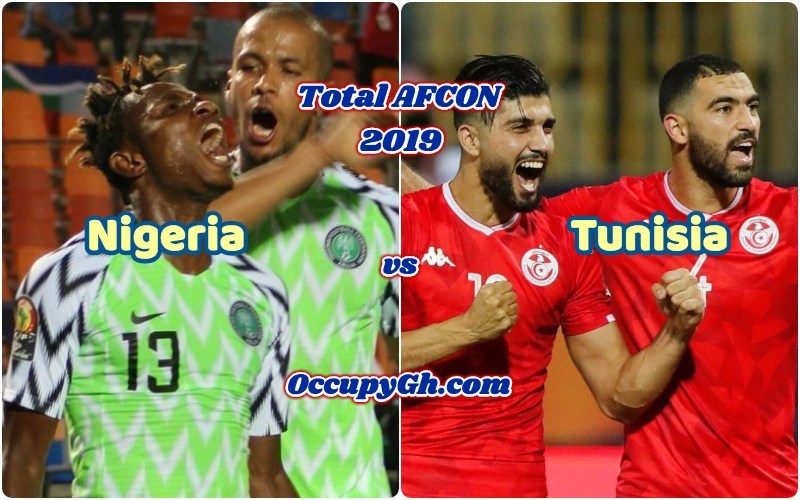 Nigeria and Tunisia are battle ready for a third-place finish at Nations Cup with the two foes eyeing victory to compensate the disappointment from their semi-final matches.

For the Gernot Rohr led Super Eagles, they have not been at their best since the start of the championship in Egypt. They finished as runners-up in Group B behind surprise package Madagascar and then came through tough tests against Cameroon and South Africa.

The team has plenty of talent with players such as Arsenal’s Alex Iwobi and Villarreal winger Samuel Chukwueze, and their extra quality in attack should give them the edge over Tunisia.

The Africa Nations Cup three-time champions were just seconds away from taking Algeria to extra-time, before Riyad Mahrez hammered home a 20-yard free-kick to seal Les Vert’s place in the final. It could have been so much easier for Nigeria as Odion Ighalo’s late penalty had most Eagles Fans certain of extra-time.

However, a sloppy tackle allowed for an Algerian free-kick in range for the Manchester City star. Despite the gutting nature of the defeat, Gernot Rohr will perhaps be more frustrated by the way that his side conceded so much possession to the Algerians in the final moments of the contest.

This could prove to be apt motivation for the West African nation, who will be looking to make up for their feeble showing in the semi-final.

Speaking at his pre-match conference on Tuesday, the German said it would be interesting to use all members of his squad.

He explained that “We have used 21 players and it will be interesting to see all 23 players play. We always take our games seriously even against Madagascar although we thought to give game time to some players. We are well motivated to win against a Tunisia who are ranked higher than us.

“This team is still very young and deserves to continue together. I think we will see all 23 players play, even though they might not start.

“It’s difficult for a 3rd choice goalkeeper to play but I know how difficult it must feel for a player being in a tournament and not play.”

Rohr will know full well that it’s going to be a challenge to break down the backline of Tunisia and will use the pace at his disposal.

For the Tunisia’s extra-time 1-0 defeat to Senegal was disappointing on so many levels. Not only had the Eagles of Carthage missed a spot-kick and saved a Senegal penalty in regular time, but the nature of the goal would be a source of frustration to fans of the North African nation.

Mouez Hassen flapped at a Sadio Mane cross which bounced off Dylan Bronn. After the disappointment of defeat, Alain Giresse will have to rouse his side for a second game in four days. Midfielder Ferjani Sassi will be looking to make up for his missed penalty in the semi-final, and the Zamalek man has had plenty of support whilst at the tournament.

Sassi is likely to start and could have a crucial role in containing the Nigerian midfield.

The match Kick off by 8; pm

Woods defends his lack of golf ahead British Open