Nigeria will begin her quest for a fourth African title in senior men’s football when the Super Eagles take to the field against the Itamba Ru Mugamba of Burundi at the 20,000 –capacity Alexandria Stadium on Saturday evening. 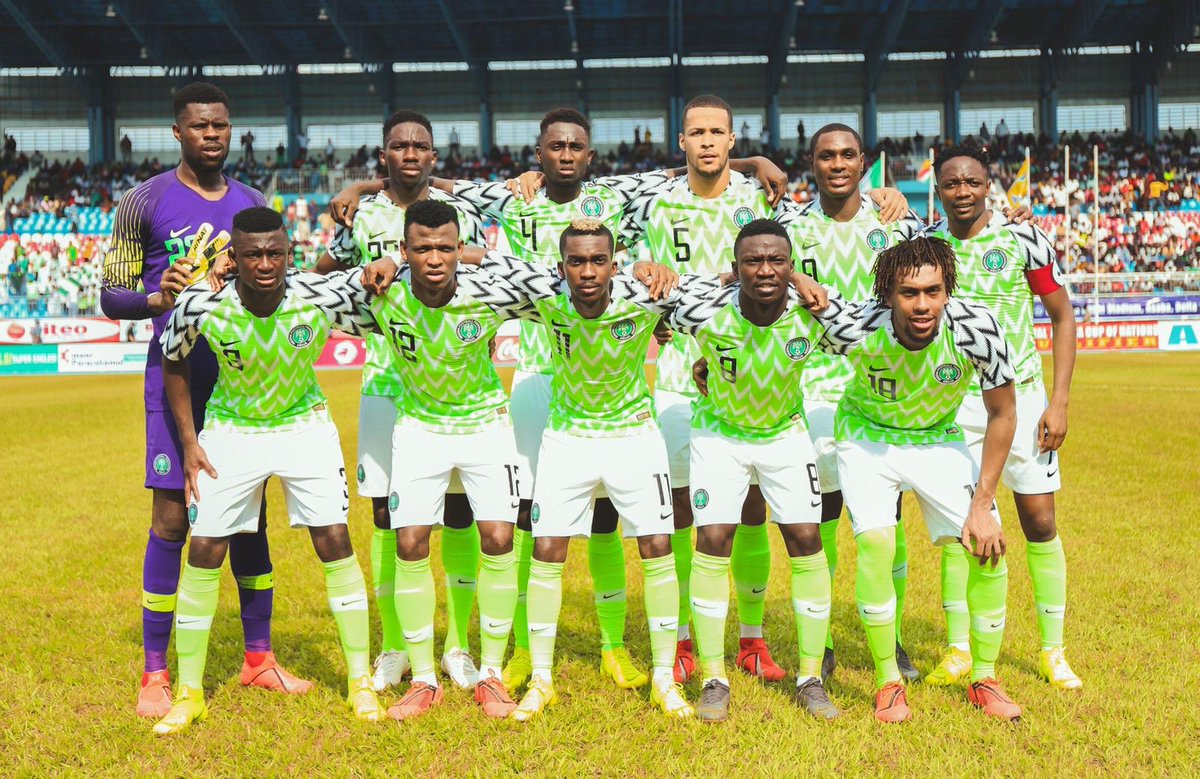 Burundi is making its first-ever appearance at African football’s top table while Egypt 2019 is Nigeria’s 18th attempt, with three titles, four silver medals and five bronze medals to show for her efforts.

Billed to also debate with Guinea and Madagascar on the green in Group B of the 32nd Africa Cup of Nations before the table of the knockout rounds, the Super Eagles know they must work out a great start to the campaign by taking all three points off Burundi, and captain Mikel John Obi told thenff.com that there is no reason to pull
punches.

“There would have been no reason to come here if we were not going to go all out for the Cup. It is not something that is up for debate. Whenever we step out there, the objective is to win.

“The last time we appeared at the AFCON, we won the competition. There are several new players in our squad now, who were not in South Africa six years ago. But the spirit of the champion team still subsists.”

After lifting the third title in South Africa in 2013, Nigeria failed to qualify for the 2015 finals in Equatorial Guinea and the 2017 finals in Gabon but made sure of a ticket to Egypt with a match to spare after beating Seychelles away, back-to-back wins over Libya and a score draw in South Africa.

Franco-German tactician Gernot Rohr has described his wards as a ‘young and ambitious group’ with so many new faces, yet retaining the steel, skill and savvy of a team capable of breaking down the strongest defensive walls while erecting an impregnable one of their own.

Qualification for the 2018 FIFA World Cup in Russia, with a match to spare in a so-styled ‘group of death’ with Cameroon, Algeria and Zambia was the magical moulding point for the new team.

Indeed, so much can change in six years. Of Nigeria’s 23 –man squad for Egypt 2019, only Mikel John Obi, deputy skipper Ahmed Musa and defence stalwart Kenneth Omeruo were among the winning team in South Africa 2013.

While those who saw Nigeria at the World Cup finals in Russia a year ago may possibly be fairly able to know what to expect in the defence and midfield, the attacking line could create confusion for many as a number of new faces have surfaced and may be thrown into the fray.

Turkey-based Henry Onyekuru, former U17 World Cup winners Victor Osimhen and Samuel Chukwueze, France-based Samuel Kalu, Denmark –based Paul Onuachu and Levante of Spain’s Moses Simon (who missed Russia 2018 as a result of injury) are all in the team and capable of earning shirts.

Even the number one shirt is unclear to all except for the technical crew, with Kaizer Chiefs of South Africa’s Daniel Akpeyi having kept goal in the team’s last two friendly matches before the finals, and Russia ’18 tender Francis Uzoho somewhat match-rusty following off-field issues in Cyprus.

Abdullahi Shehu, respected for his steel and attack-minded approach, could start at right back with Germany –based Jamilu Collins at left back, but Rohr will have to decide who between Kenneth Omeruo, enjoying a sweet run with CD Leganes in the Spanish top flight, and England –based Leon Balogun will pair the stable William Ekong in the centre of defence.

The midfield looks an absolute England – based accomplishment, with captain Mikel John Obi, Wilfred Ndidi and Oghenekaro Etebo likely to take charge, while the fore could see Odion Ighalo, top scorer in the AFCON qualifying campaign with seven goals, with Ahmed Musa and Chukwueze or Moses Simon by the wings.