AFCON 2019: We can’t top Group B ahead of Nigeria–Guinea captain

Syli Stars of Guinea captain, Ibrahima Traoré has said it would amount to deception to think they can qualify for the next round of the Africa Cup of Nations ahead of Nigeria’s Super Eagles after being drawn with the three time champions in the same group that also comprises Madagascar and Burundi. 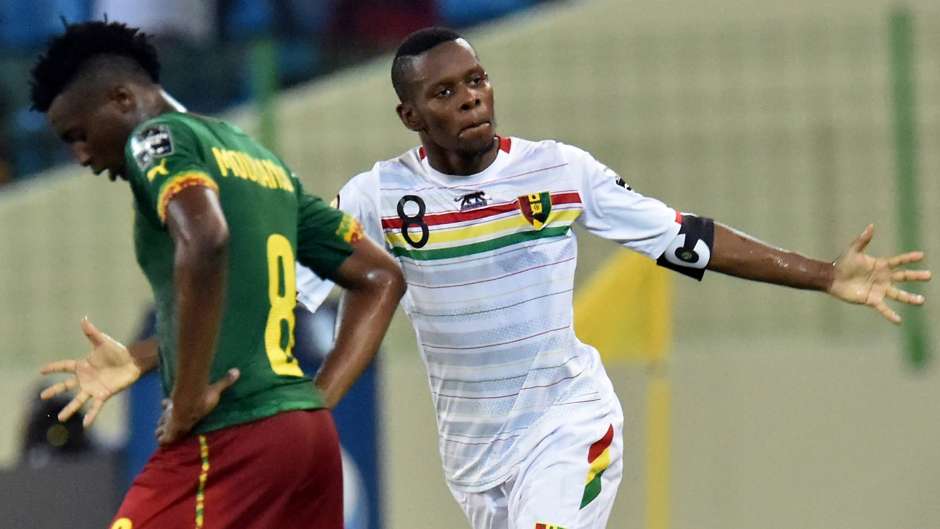 He admitted he wasn’t familiar with Madagascar and Burundi who are making their debut at the competition, but tips the Eagles to top Group B because of their pedigree in Africa and the global level.

“At first glance, we already see who is the favorite. There is no need to delude yourself. Nigeria, with the power they have, the history they have … It’s a regular in the African Cup. They are even used to win (3 times, ed). A team that plays the world cup. So, automatically, I think Nigeria is the favorite »

“Then there is us. As I heard, everyone is waiting for us to go without worries. However, there is Madagascar and Burundi which I can not talk about too much because they are two teams that I do not know well. These are teams that are not used to being at the CAN but they are teams that have qualified and have had a lot of games to play and are there. It may be a surprise but it is not undeserved,” he told foot224.com after the draw on Friday.

While sounding cautious and modest, Traorée who plays his club football in Germany with Borussia Mönchengladbach  however noted that good preparations and the right team spirit, can also see Guinea advance to the round of 16.

“We have the ambition to make a very good CAN, to pass the chickens. Otherwise, it would be a failure. It must be clearly stated. We are not the favorite but the first goal must be clear. This is the one to qualify even if we fall into the unknown with two teams we do not know. It’s almost like an obligation to qualify for the second round ”

“To go to the end, we know very well. A competition, it takes time, it’s long. There is the preparation phase where we live between us, where we have to create something, a group unit and know that the most important thing is the result and nothing else. No external problems. This means that we must come to have this solidarity between us, pull all in the same direction. We must try to achieve a good CAN, be there for each other. If we have his ingredients there and everyone gets to the level, I think yes, we can claim to be serious outsiders ”

Both Eagles and the Syli Stars confront each other on June 26.

Dalung hails Kida led NBBF Board on its achievements

2-0 : Liverpool beat Chelsea to regain lead at top of table