Salah fails to score vs Zimbabwe 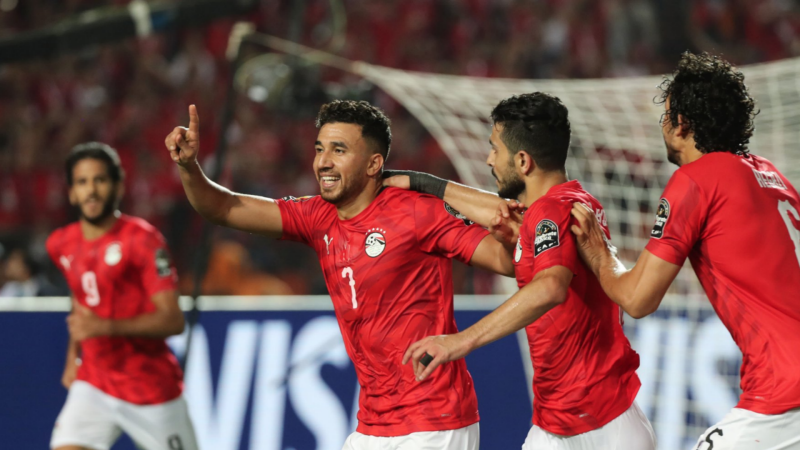 Egypt got their Africa Cup of Nations campaign off to a solid start as Trezeguet’s excellent strike secured a 1-0 win over Zimbabwe.

AFCON poster boy Mohamed Salah was in sparkling form in Cairo on Friday, but it was Egypt’s other winger who broke the deadlock shortly before half-time in the Group A opener.

It was no less than seven-time winners Egypt deserved, with Zimbabwe’s Edmore Sibanda – who was forced off through injury late on – having made a string of impressive saves to keep the tournament hosts at bay.

Salah was denied by another fine Sibanda stop midway through the second half, but Egypt’s profligacy did not come back to bite them as they comfortably secured the points.

Egypt talisman Salah was involved inside two minutes when his deflected cross forced a save from Sibanda, who then kept out Marwan Mohsen from the resulting corner.

Mahmoud Alaa should have turned home a Salah corner and Egypt were almost punished when Khama Billiat got through at the other end, but Mohamed El-Shenawy made a brave stop.

Egypt finally got their breakthrough four minutes before half-time – Trezeguet cutting in from the left and firing a sublime finish into the bottom-right corner.

Trezeguet looked set to get a second shortly after the restart, only for Sibanda to pull off a wonderful stop to his left.

Sibanda’s remarkable performance continued in the 67th minute, the 35-year-old reacting sharply to get down to Salah’s close-range effort.

Zimbabwe’s goalkeeper succumbed to a knock with 10 minutes remaining, though replacement Elvis Chipezeze proved his worth with a brilliant late stop to deny Salah and ensure Egypt had to settle for a one-goal victory.

AFCON 2023 draw: Gambia to face Chad in the qualifiers

EPL: Lindelof given time off by Man Utd after home burgled

AFCON 2023 draw: Gambia to face Chad in the qualifiers