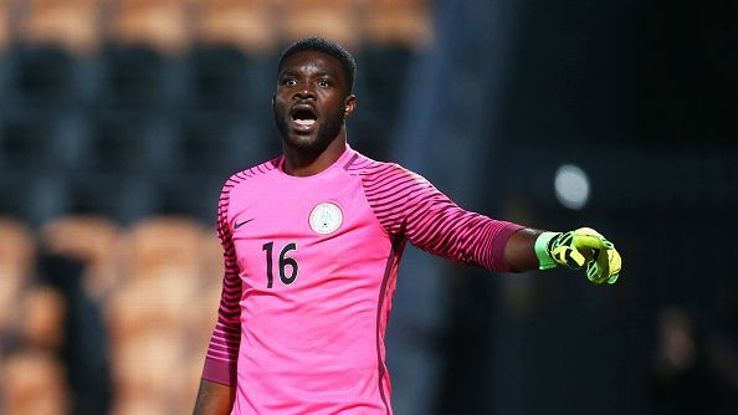 The blame games have not ceased since the Sunday’s defeat to Algeria, and the Super Eagles goalkeeper, Daniel Akpeyi who is at the centre of it has absolved himself and his teammates of any blame to contrary views.

The Super Eagles will meet Tunisia on Wednesday for a chance to go home with a consolation prize after the three-time African Champions lost 2-1 to the Dessert of Algeria in the Nations Cup semi-final tie in Cairo on Sunday night.

The loss left a broken heart on the national team players with some Nigerian fans pointing at the goalkeeper’s ‘poor’ performance and left a few suggesting that a better goaltender would have stopped Mahrez’s free kick.

Nigeria were dominated by a sleek-passing, sweet-attacking Algerian side and ultimately lost to a stunning Riyadh Mahrez free kick with extra time looming.

Odion Ighalo had earlier gotten the West Africans on level terms after trailing to a Troost-Ekong own goal since the first half.

“It’s very tough and very sad that we have to lose in that manner, to have conceded through that kind of free-kick,” said Akpeyi  who explained that “hard luck played its part in the Super Eagles Sunday night defeat to Algeria.”

“I wish there can be a replay,but it’s over now and we have to look up to the third-place game,” the 32-year old goalkeeper said as he would rather focus on the future away from the loss.

“So far, it doesn’t matter whatever anyone would say about the team. These players have actually tried. A lot of teams have been knocked out of this competition but we are still here.”

“We have very young talent and I’m very sure if this team can be given a chance, we’ll be able to fix things,” Akpeyi concluded.

Meanwhile, Williams Troos Ekong has sent out a ‘Thank you’ message to Nigerian for showing support  for the national team seine the group stage of this year’s biennial competition which started in June.

‘Thank you for all your support,” the Eagles centre back posted online as he called for a continued support till the Eagles last match against Tunisia.

“Let’s push one more time Wednesday!” he added on his twitter handle.

The Super Eagles has won each of their six third-place games in Nations Cup, while keeping a clean sheet in four of these ties.