The Super Eagles of Nigeria on Wednesday intensified their training at the Stephen Keshi Stadium Asaba, Delta, ahead of the Friday encounter with Seychelles national team in the 2019 AFCON qualifier.

The Eagles who trained under closed door are also billed for a friendly with the Pharaohs of Egypt on March 26 at the same Stephen Keshi Stadium.

Super Eagles Media Officer, Toyin Ibitoye, told the News Agency of Nigeria (NAN) at the stadium that the players were in high spirit preparing for the encounter.

“The team is in high spirit; we are happy and have been here in the past. Last time we enjoyed our stay and that’s why we are here again. 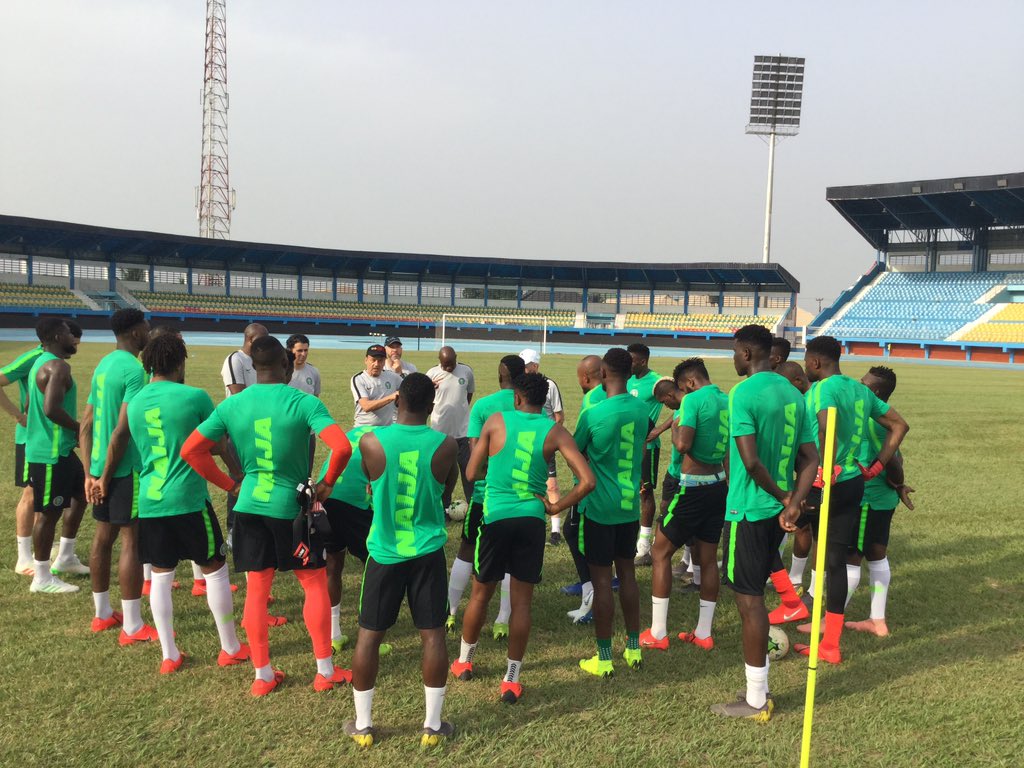 “We are training to win our match on Friday and also to win our friendly with Egypt on Monday.” Ibitoye said.

He commended the Delta Government for its commitment to sports development, especially for the provision of sports facilities at the stadium as well as ensuring the welfare of its sports men and women.

Meanwhile some football fans in and around Asaba have expressed disappointment for not being allowed to watch the national team’s training session.

READ ALSO:  International friendly: Egypt goalkeeper out of Eagles  friendly due to injury

Amechi Moka told NAN that he traveled from Ibusa near Asaba, to the state capital to catch a glimpse of the players at the pitch only to be turned back by security operatives.

Moka said he would remain outside the main bowl of the stadium until the end of the training session to see the players enter their bus.

He however expressed enthusiasm to be at the stadium on Friday for AFCON qualifying match.

Another fan, Miss Favour Okoye, said it was not right for the fans to be denied access into the stadium to watch the Eagles’ training.

Miss Okoye, however, observed, “probably, the measure is to avoid distraction.”

NAN reports that hundreds of football fans waited outside the stadium as only journalists were allowed just 20 minutes to watch the training session.