Libya socer team’s coach Adel Amrouche is employ all the tricks in the book to unsettle Nigeria, the country’s next opponents in a two legged fixture slated to hold in Nigeria on October 10 and later in Algiers on October 13, with the Algerian banking on his nationals to boo the Nigerians in the course of the second leg tie.

Amrouche, who played soccer for USM Alger is counting on the support of the Algerian fans in his bid to beat the Super Eagles for the first time in his managerial career, hence his request to transfer the game to Algeria. 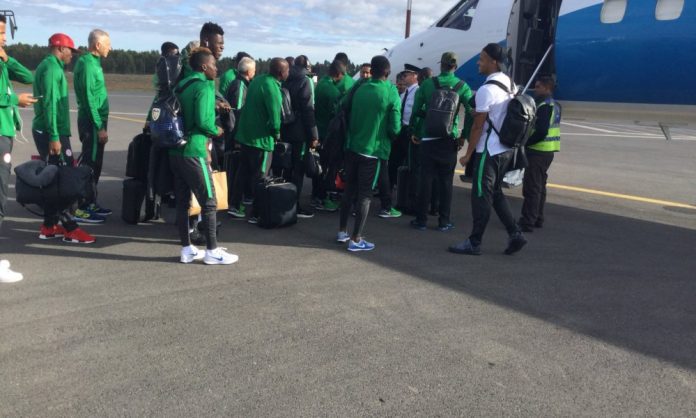 Amrouche wants to capitalise on the mammoth support which USM Alger’s fans exhibit during matches to rattle the Eagles since Omar Hamadi Stadium is the home ground of Algerian Ligue 1 side USM Alger where he is a cult hero having played there in the 1990s. Amrouche also managed the team in 2016 before he became the Libya coach.

Interestingly, Amrouche provoked a mind game whcih went awry last saturday in South africa where he was quouted to have described Nigeria as a country that relies on juju to win her matches. But the President of the Nigeria Football Federation (NFF) Amaju Pinnick contacted his Libya counterpart frowning at such an uncouth statement for Amrouche and sought for a denial at the international level, which Amrouche did on Monday evening.

According to Libyan newspaper, Al-Wasat, Libya will face Nigeria at the Omar Hamadi Stadium in Bologhine, Algiers, Algeria on October 16, 2018 and Libya coach Adel Amrouche requested that the important qualifier should be played in Algeria and not Tunis.

Libya lead Group E of the 2019 Africa Cup of Nations qualifiers with four points, same as South Africa, but one point more than Nigeria ahead of next month’s double-header. But the Libyans are expected in Kaduna on October for the first leg tie, where Eagles are expected to whip the visitors silly, knowing that the second leg tie comes up in Algeria in four days time.

The North Africans hosted Seychelles in Tunisia last year due to the political upheavals in the country.