Super Eagles vice-captain and Watford defender William Troost-Ekong has urged Nigerian teammates to be professional in their approach for the return leg of their 2021 Africa Cup of Nations qualifier against Sierra Leone.

Troost-Ekong believes that inexperience proved to be their undoing after surrendering a four-goal lead in the 4-4 draw and indicated that the Super Eagles have to find solutions to the errors made during the game in Benin City before the reverse fixture on Tuesday.

“Everyone has to remember we are all Nigerians, we’re so disappointed yesterday. If anything, we are the most disappointed,” Ekong told reporters after the recovery workout on Saturday.

“We have to learn, we have a young team, yesterday we saw some things that were not good enough, we spent last night, this morning talking about those things and we have a quick turnaround as we play again in three days.

“We have to try and learn from our mistakes and be ready for the next one. 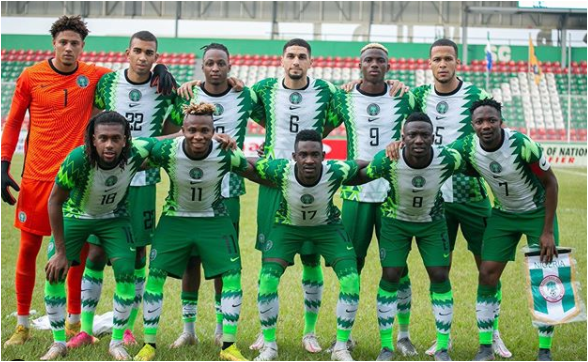 “You can see what we did in the first half, what kind of quality we have in this team so we have to ginger ourselves and have to be more professional, I think if we can do that we’ll be ready.”

Troost-Ekong started Friday’s game alongside his preferred center-back partner in Leon Balogun and the Super Eagles defence was breached only once before the Glasgow Rangers star was substituted to avoid aggravating an injury.