Flying Eagles U-20 chief coach, Paul Aigbogun has been drilling his wards on their scoring abilities as they prepare to battle Mauritania today in the return leg of the AFCON U-20 qualifier at the Agege National Stadium.

Aigbogun knows he cannot take chances against the visitors, despite seeing his side play out a 1-1 draw in the first leg. 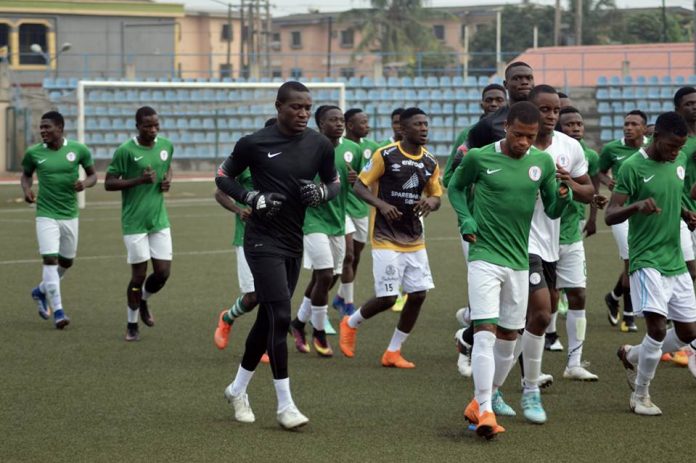 The Flying Eagles coach decided to concentrate on scoring technique after his attackers were accused of missing several chances during the away fixture in Nouakchott.

Aigbogun, alongside his assistants Abdu Maikaba, Hassan Abdallah and Suleiman Shaibu, drilled the
players on Monday morning, as well as Tuesday and Wednesday evenings and on Thursday morning before
holding their final training session on Friday.

The Mauritania U20 squad, who have been together for four years, play a quick, smooth passing game and,
though they often falter in the final third, Aigbogun admitted that his wards also have to overcome and
exploit their opponents’ weaknesses.

Whoever wins today’s game is guaranteed a spot at 2019 U-20 Africa Championship in Niger Republic.