Flying Eagles captain Ikouwem Udoh and defender Valentine Ozornwafor have been picked by the Confederation of Africa Football (CAF) in the official starting XI of the 2019 Africa Cup of Nations which ended today in Niger. 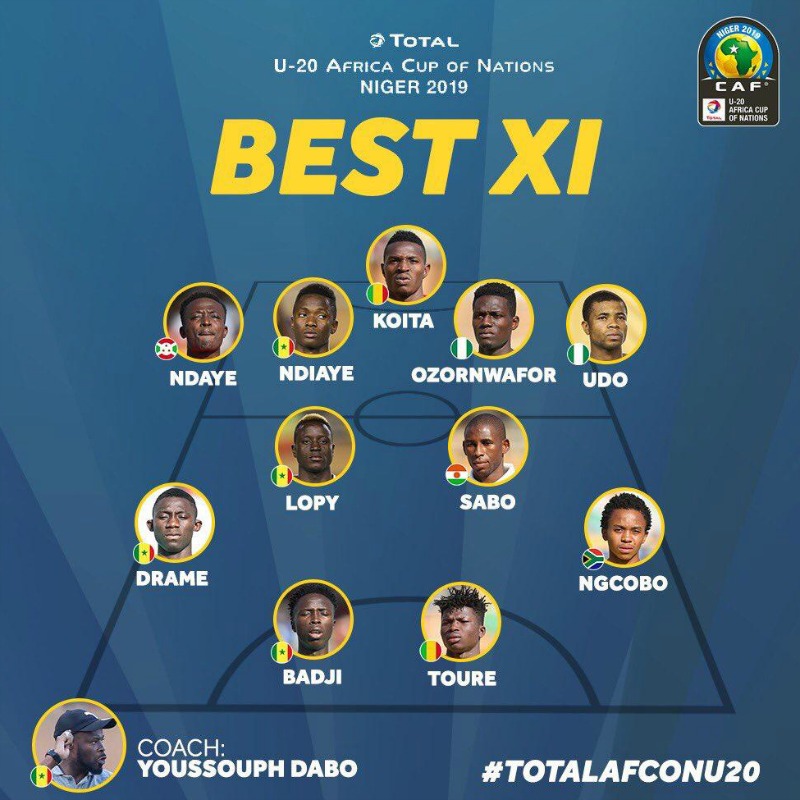 Udoh one of the experienced players in the team who manned the left back also represented Nigeria at last year’s  2018 CHAN in Morocco and in the CAF Confederation Cup for Enyimba.

Ozornwafor is a left-footed central defender, who played in all five matches for the U-20 side.

New U20 AFCON champions Mali had two players on the starting XI, while runners-up Senegal had four players.

Nigeria finished fourth after losing on penalties to South Africa in the third place match.

Middlesbrough to Mikel: You are a Rolls Royce