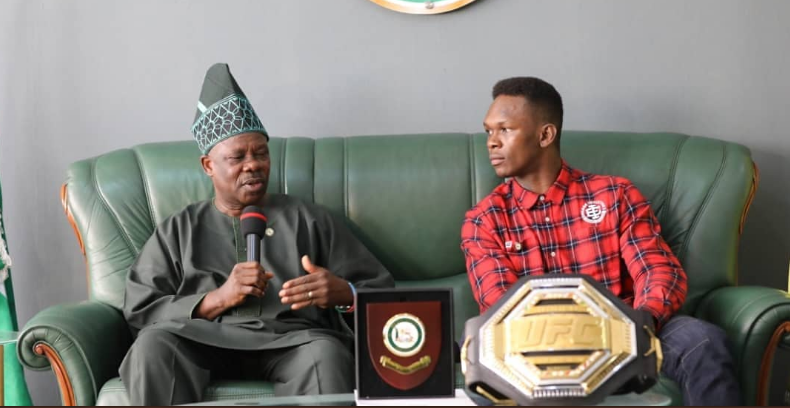 The New Zealand-based mixed-martial artist is in Nigeria for the first time in 16 years. He left Nigeria when he was 13 years old.
Adesanya, who beat America’s Kelvin Gastelum in a spectacular fight at UFC 236  in Atlanta, USA last month, is from Odogbolu in Ogun State.
Adesanya wants Africa to host the Ultimate Fighting Championship (UFC) in the future and would love to compete on the UFC’s first-ever card from the world’s second-largest continent.
Adesanya said in a recent interview with ESPN.“It is already in the works, we’ve been talking about it for a while.

Read Also:  How I Overcame Racist Abuse As A Teenager, By UFC Champion Adesanya

“I have talked to Dana White (current president of  UFC )as well when I had my meeting with him. Eventually we’re going to have a lot of guys.”
Adesanya plans to return to Nigeria with Kamaru ‘the Nigerian Nightmare’ Usman, the first African fighter to win a UFC title.
Loading...
Israel AdesanyaUltimate Fighting Championship