Sergio Aguero celebrated Manchester City’s victory over Watford in the premier league by attending the concert of Canadian born Drake at the Manchester Arena on Sunday night. 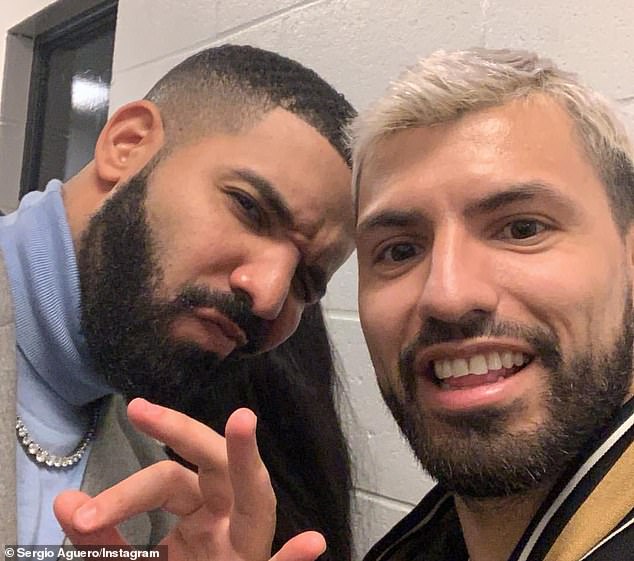 The forward also posed for a photo with the musician backstage.

Raheem Sterling scored a hat-trick against Javi Gracia’s side as City strengthened their grip at the top of the table on Saturday.

Liverpool responded on Sunday with a 4-2 victory over Burnley in which Sadio Mane and Firmino both scored a brace.

City next face Schalke in the Champions League on Wednesday where they hold a 3-2 aggregate lead.