Sergio Aguero is currently in lockdown with girlfriend Sofia Calzetti. 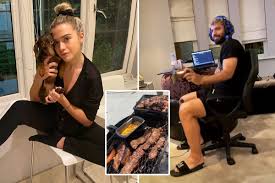 The Manchester City legend hasn’t been able to lace up his boots since March 8 due to the coronavirus pandemic, but has been finding other ways to have fun.

Amid plans to get the Premier League back up and running, the Argentine has revealed his scepticism regarding the safety of doing so.

He said: “The majority of players are scared because they have family, they have children, they have babies. 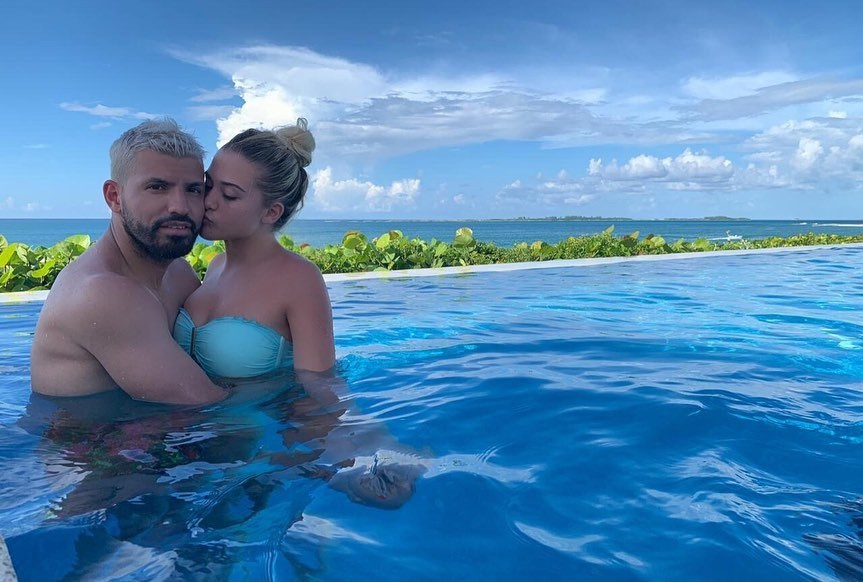 “It does scare me but I have just been here with my girlfriend, I haven’t had contact with other people.”

The 31-year-old might not be able to play football for a while yet, but alongside beau Sofia has been finding other ways to keep busy.

Aguero has been sharpening his video games skills, with Sofia recording him playing F1 2019 and NBA 2K20.

But while he may be improving his virtual moves, his dancing skills as seen on Sofia’s Instagram story leave a lot to be desired.

At least a print of the man himself celebrating a goal can be seen on the wall behind his TV screen, reminding him of what he is best at.

The couple have been taking advantage of Aguero’s huge garden to enjoy some rare Manchester sunshine – being joined by beloved dog Ella.

Whether firing up the barbeque, or just trying to catch some sun, things don’t look all too bad for the holed up pair.

The City marksman has also been trying to keep his football skills sharp, dressing in his sky blue kit and even laying out cones for himself in his back yard.

With a goal to shoot in at the end of his garden, don’t be surprised if he comes back firing on all cylinders as soon as the coronavirus-enforced break is over.

Aguero and Sofia appear to have ditched his £4million luxury city centre apartment in favour of somewhere more airy and quaint for the lockdown.