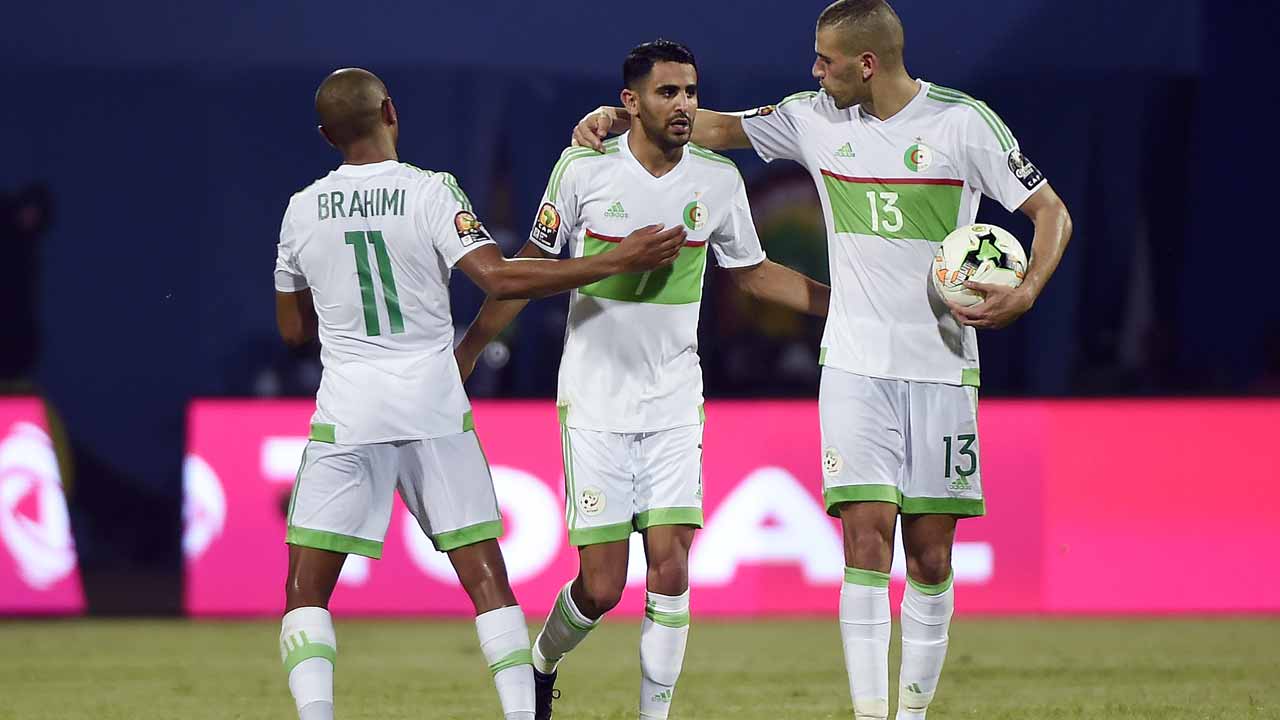 Mahrez found the net as Algeria secured progression to the Africa Cup of Nations quarter-finals with a 3-0 victory over Guinea.

The Manchester City winger, who completed the full 90 minutes and earned the Man of the Match award, struck a wonderful effort just before the hour mark in Cairo, doubling the lead after Youcef Belaïli had broken the deadlock in the first half.

Wilfried Zaha scored the winner as the Ivory Coast beat Mali 1-0 to reach the Africa Cup of Nations quarter-finals.

The Crystal Palace forward, who has been linked with a summer move to Arsenal, raced on to Sylvain Gbohouo’s deep free-kick and got to the ball before Mali goalkeeper Djigui Diarra.

“We kept fighting and believing even when the South Africans scored to level against Nigeria,” Ahmed Musa said in a post-match interview on Wednesday in Cairo.

“We would rather not pitch but wait for a winner to emerge be ready to face the winner in the semi-final. But, I must say both sides are strong and good side with great players beyond the continent,” he added.

In the same vein Troost Effiong who was the match winner against the Bafana Bafana on Wednesday reckoned that  both Ivory Coast and Algeria sides are teams to beat.

“ I know we would be ready to play who ever emerged as the winner. I have no preference both sides are strong, tough and compact,” he said.

As it is before the match it appears the Eagles are stock between the devil and the deep blue sea Nations Cup Pundits have described Algeria as “Dreadful” and the best to avoid to lift AFCON trophy just as they have same analysis for the strong Ivory Coast side that have remained resolute with eyes on the AFCON trophy.

Troost-Ekong scored a dramatic late winner to send Nigeria into the Africa Cup of Nations semi-final at the expense of South Africa. Samuel Chukwueze hit the opener as he controlled Alex Iwobi’s cross, before scoring at the second attempt.

Bongani Zungu equalised with a header initially ruled out for offside before VAR replays showed a free-kick hit a Nigerian player on the way to him. But Udinese’s Troost-Ekong bundled home from close range late on to win it.