Akwa United, El Kanemi, FCIU remain in charge in NPFL Group B despite massive away losses

Despite losing their respective league matches the top three teams in the topflight Group B remained unchanged at the end of the Matchday 16 played across Nigeria today. 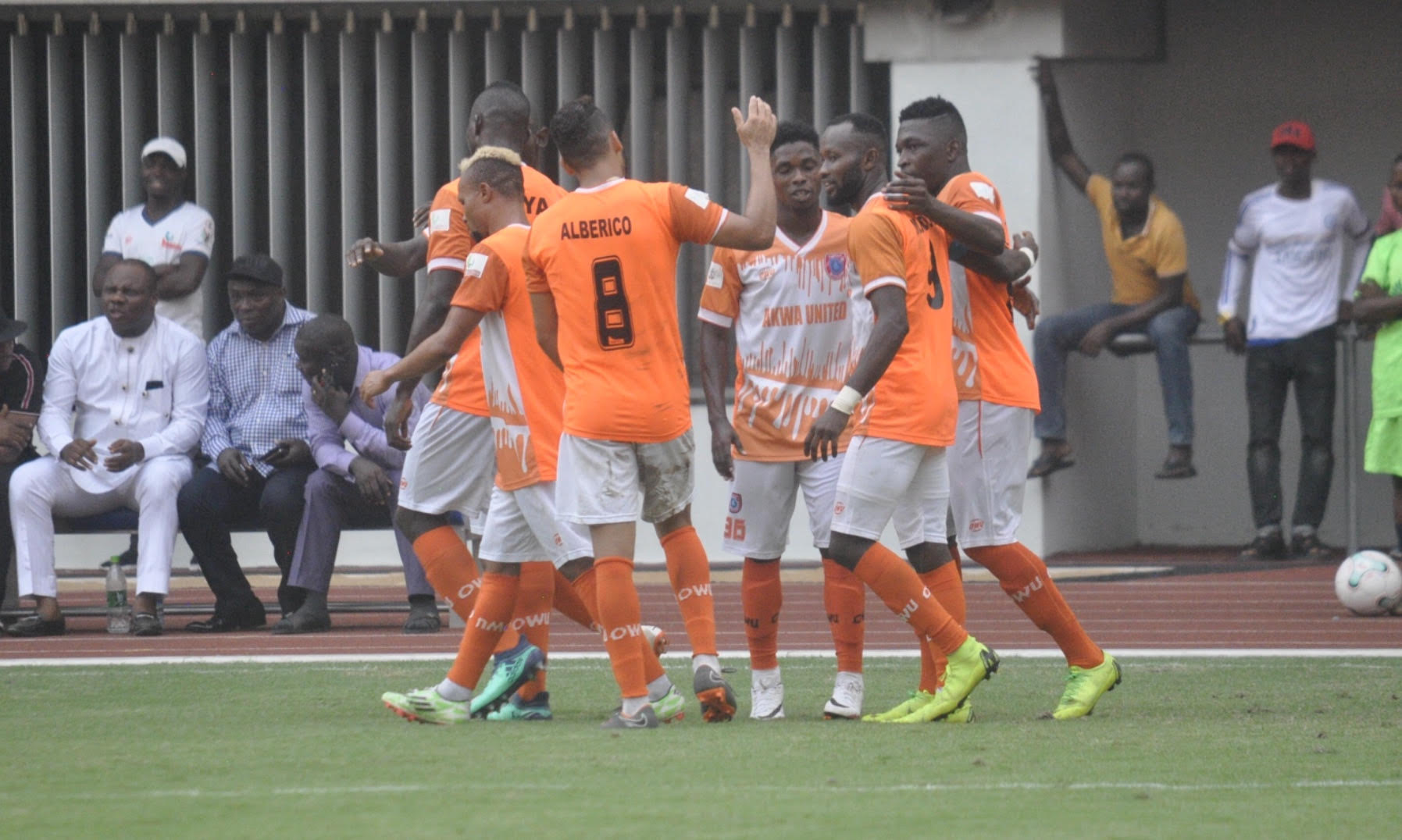 League leaders, Akwa United were thrashed 3-0 by Plaetau United through the goals of Jesse Akila, Bernard Ovoke and Amos Gyang in the 10th, 58th and 78th minutes but they are still in the first spot with 28 points while El Kanemi Warriors and FC IfeanyiUbah were also whitewashed 5-1 and 2-0 respectively by Nasarawa United and Yobe Desert Stars but they still retained their second and third positions in the league table with 28 and 27 points in that order.

Nasarawa United moved to the fourth spot for the first time this season after they humiliated El Kanemi Warriors 5-1 in Lafia with Anas Yusuf and Ibrahim Sunusi scoring a brace each while Kano Pillars faltered in their quest to qualify for the playoff after they were held to a 1-1 draw by relegation threatened Gombe United in Kano.

Go Round recorded their first topflight win over Heartland in Omoku after they pipped the Naze Millionaires by 2-1 at the Krisdera Hotel Stadium. Sodiq Ololade scored the arguably the fastest goal of the season when he put the Dare the Lions in the ascendancy after only 38 seconds but Uche Oguchi evened the scores in the 52nd minute through a fine free kick. The hosts saved the best for last after Adeseun Adelani scored the winning goal in the 77th minute.

Sunusi, Ali close gap on Mfon Udoh in the race for the NPFL gong