For Nigeria international Alex Iwobi, these certainly are interesting times. The 22 year old has been enjoying impressive playing time at the Emirates, playing a part in virtually every match involving the Gunners in recent times.

But of course  looking back from time to time is practically inevitable which explains why in a recent interview he recalled how his career hit the cross roads six years ago.

Then aged 16 Iwobi recalled that he was told to leave the Emirates and came close to joining Scottish premier league side Celtic. He told Arsenal’s matchday programme: “My situation was weird

“There was three of us at the time and we were basically told ‘stay if you want, or if not you are free to go.” “It was up to me and at that moment I went to the Crystal Palace training ground to see them.

“I had offers from Celtic and Southampton as well. Celtic was the main one but I wasn’t ready to go to Scotland. I thought it was best to stay at Arsenal but I have to say it felt weird.

“I was playing for England but I felt maybe I wasn’t rated. My England team-mates and everyone else was getting in my ear saying that Arsenal don’t love me because they weren’t offering me a deal.“It was hard especially because at school as well everyone was talking about it.”

Iwobi is looking forward to Thursday’s Europa action as the Gunners host Qarabag at Emirates.

Iwobi is however not the only one looking forward to the clash. German midfielder Mesut Ozil is in line for a return to the starting line-up. 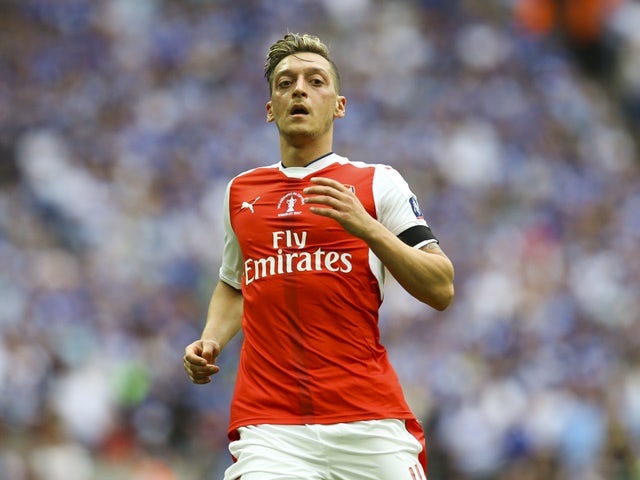 The playmaker has returned to full training after recovering from a problem with a back injury which had kept him out of Unai Emery’s side since the end of November.

Arsenal have barely missed Ozil, having picked up three wins and a draw to extend their unbeaten run to 21 matches in all competitions.

Aaron Ramsey is also available, having recovered from an ankle knock. Shkodran Mustafi is doubtful for the clash with Qarabag, who are bottom of Group E. Arsenal are already confirmed as pool winners and advance to the knockout stages alongside Portuguese side Sporting.