A judoka from Algeria has been suspended from his sport after choosing to withdraw from the Olympics rather than face an Israeli.

Fethi Nourine was due up against Israeli Tohar Butbul in the second round of the 73kg division if he got past Mohamed Abdalrasool of Sudan on Monday, but pulled out because of his support for Palestine. 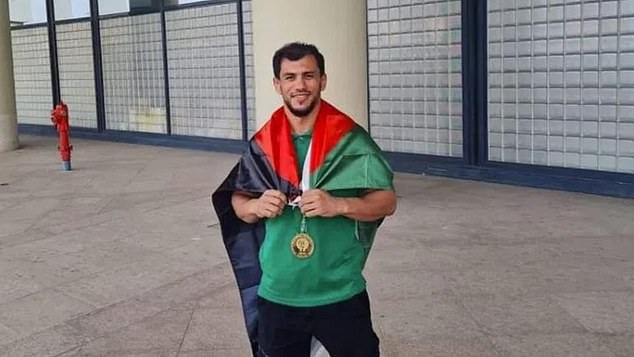 Nourine said: ‘We worked a lot to reach the Olympics. But the Palestinian cause is bigger than all of this.’

The International Judo Federation have suspended Nourine and his coach Amar Benikhlef, who had said on Friday: ‘We were not lucky with the draw. We got an Israeli opponent and that’s why we had to retire. We made the right decision.’

In a statement the IJF said: ‘The IJF has a strict non-discrimination policy, promoting solidarity as a key principle, reinforced by the values of judo.’

Nourine’s withdrawal was ‘in total opposition to the philosophy of the International Judo Federation’, it said.

The Algerian Olympic Committee withdrew the accreditation for both the athlete and coach and would send them home, applying sanctions accordingly, the IJF said, without further elaboration on the type of sanctions.

Attempts to reach Nourine for comment were not successful.

On Friday, Nourine told Algerian media that his political support for the Palestinian cause made it impossible for him to compete against Butbul. 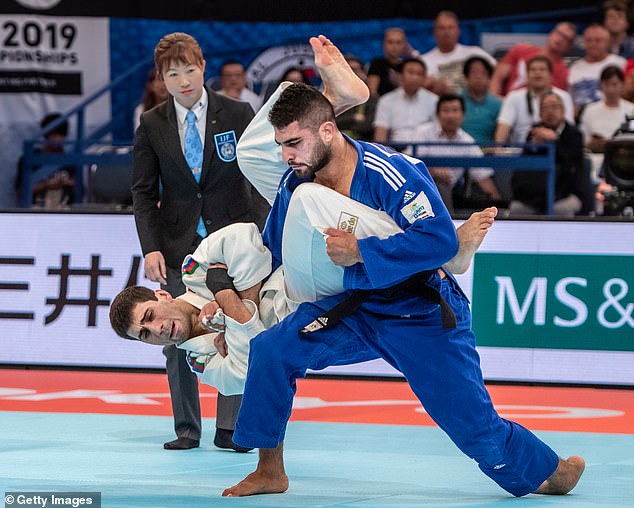 Nourine was due up against Israeli Tohar Butbul (right) in the second round of the 73kg division if he got past the first round, but pulled out because of his support for Palestine

It is not the first time that Nourine has withdrawn from competition to avoid facing an Israeli opponent. He pulled out of the 2019 world championships in Tokyo for the same reason.

Athletes from other countries, including Iran and Egypt, have also in the past refused to compete against Israelis.