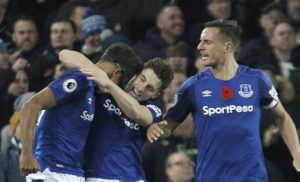 Usmanov has already agreed to an annual value and term to sponsor the Premier League
side’s 52,000-seater venue at Bramley-Moore Dock, which is scheduled for completion
in 2023.

Everton did not reveal how much the naming rights will be worth per season, although the Telegraph reports that it is below the annual UK£25 million (US$32.5 million)  Tottenham Hotspur are reportedly seeking a sponsor of their new ground.

Everton’s deal with USM, which has sponsored the club’s Finch Farm training ground since 2017, does not guarantee that the holding company’s name will be attached to the new stadium, but it does give Usmanov an exclusive first option ahead of other potential suitors.