Amadi to work with Amuneke as Tanzania goalkeepers’ coach

Amadi worked with Amuneke at Sudanese club Al-Khartoum, Nigeria U-17 and U-20 national teams before his recent appointment.

Amadi who was in goal when Nigeria came back from four goals down to defeat the USSR (Former Soviet Union) at the 1989 U-20 World Cup in Saudi Arabia has been known to produce quality keepers at the junior level. 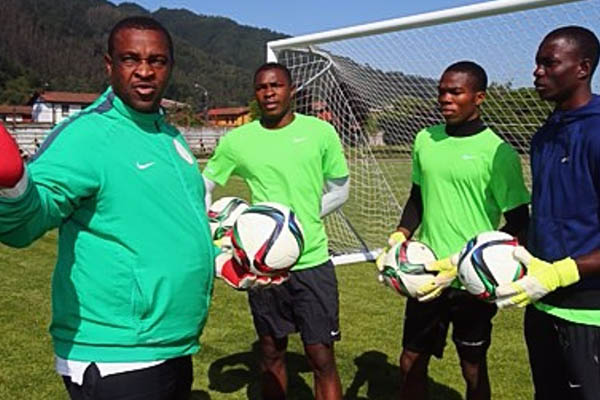 Notable among them Dele Alampasu and Super Eagles first choice keeper at the 2018 Francis Uzoho.

His achievements with the Nigeria junior national teams is what the Tanzania FA will be expecting Amadi to bring to bear with Amuneke who has also been saddled with the responsibility of overseeing the age group national teams.

Tanzania who were held to a 1-1 draw at home by Lesotho in their opening AFCON qualifier are drawn in Group L with Uganda and Cape Verde.

They face group leaders Uganda next month with the top two teams qualifying for the tournament in Cameroon next year July.