Super Eagles winger Anayo Iwuala has vowed to continue with his impressive form for Espérance of Tunisia.

Anayo was the hero as he scored the match winner for the former African Champions in the Tunisian Super Cup game against CS Sfaxien on Saturday.

The former Enyimba forward fired a low drive with his left foot that went into the bottom corner of the post and it was enough to lift Espérance over their rivals.

Reacting to the goal, the former Delta Force winger said he is happy to make the difference and praised the coach for helping him adapt quickly to the squad.

He also promised to continue to do more for the club in the coming matches. 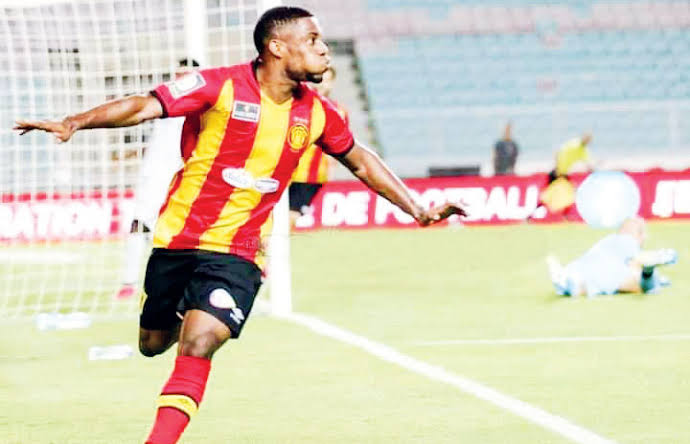 “It was good that we won the cup; it was a collective effort and I can’t thank my coach and the club man­agement, as well as my team mates enough.

“They have been very helpful to me to adapt since I arrived here and all thanks back to them. We won together because it was not individual efforts.

“By God’s grace, I will continue to give my best for this great club so that we even achieve greater goals in the league and the continent,” he said.