Former Barcelona ace Andres Iniesta was unveiled Saturday in as Vissel Kobe player in Japan in front of a large crowd.

The Spanish playmaker came out of the tunnel at the club’s Noevir Stadium to smoke machines and walked along a red carpet while waving to supporters. 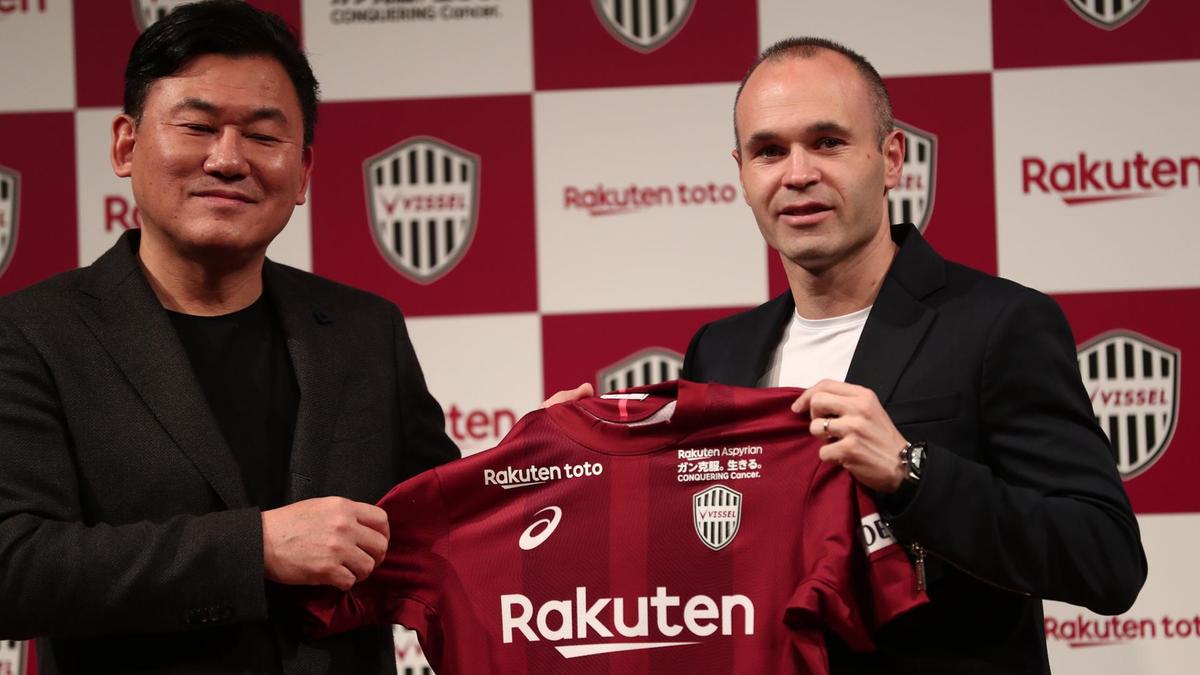 In his full kit, including wearing No 8 as he did at Barcelona, Iniesta then performed keepy-uppies for the watching crowd and media

After juggling the ball with ease, Iniesta kicked footballs into the stand as fans waved flags and sang.

‘This is a big challenge for me,’ Iniesta told some 4,000 fans through an interpreter two days after signing his contract.

‘I aim to contribute to the team as much as possible.

‘I think I should pursue the best objectives in both football and my life,’ he added, saying he wants Vissel to win the league and ‘if possible, conquer Asia’.

Iniesta appeared before a packed press conference in Tokyo on Thursday along with Kobe’s billionaire owner Hiroshi Mikitani when his move from the La Liga giants was confirmed.

He had said he would probably retire from international football after the World Cup in Russia.

The 34-year-old scored the winning goal for Spain in the 2010 World Cup final. He also was a key part of two European Championship triumphs in 2008 and 2012.

He announced last month he would leave Barcelona after 16 seasons. His last match for them was on Sunday against Real Sociedad at the Nou Camp.

His new J-League team are sixth after 15 games and signed Lukas Podolski last year, but the German striker is out until the end of June with an injured calf. Iniesta who began his sojourn at the Nou Camp with the club’s team B in 2001 joined the senior team a year later making 442 appearances for the side and scoring 35 goals in the bargain.

The highly experienced midfielder who has been named in Spain’s 23 man squad for the World cup in Russia, will be hoping to ginger the side to attempt once more to lay hands on the World cup trophy which they won in 2010 in South Africa.

AFN Unveils Members Of Its Medical and Anti-Doping Commission

AFN Unveils Members Of Its Medical and Anti-Doping…