Anthony Joshua is backing fellow Brit Tyson Fury to be successful in his rematch with Deontay Wilder, claiming the Gypsy King ‘won’t get it wrong the second time.’

Fury came so close in December 2018 to upsetting the odds to become a two time world heavyweight champion, when he faced WBC champ Wilder in just his third fight after a three year layoff, in what was a controversial draw. 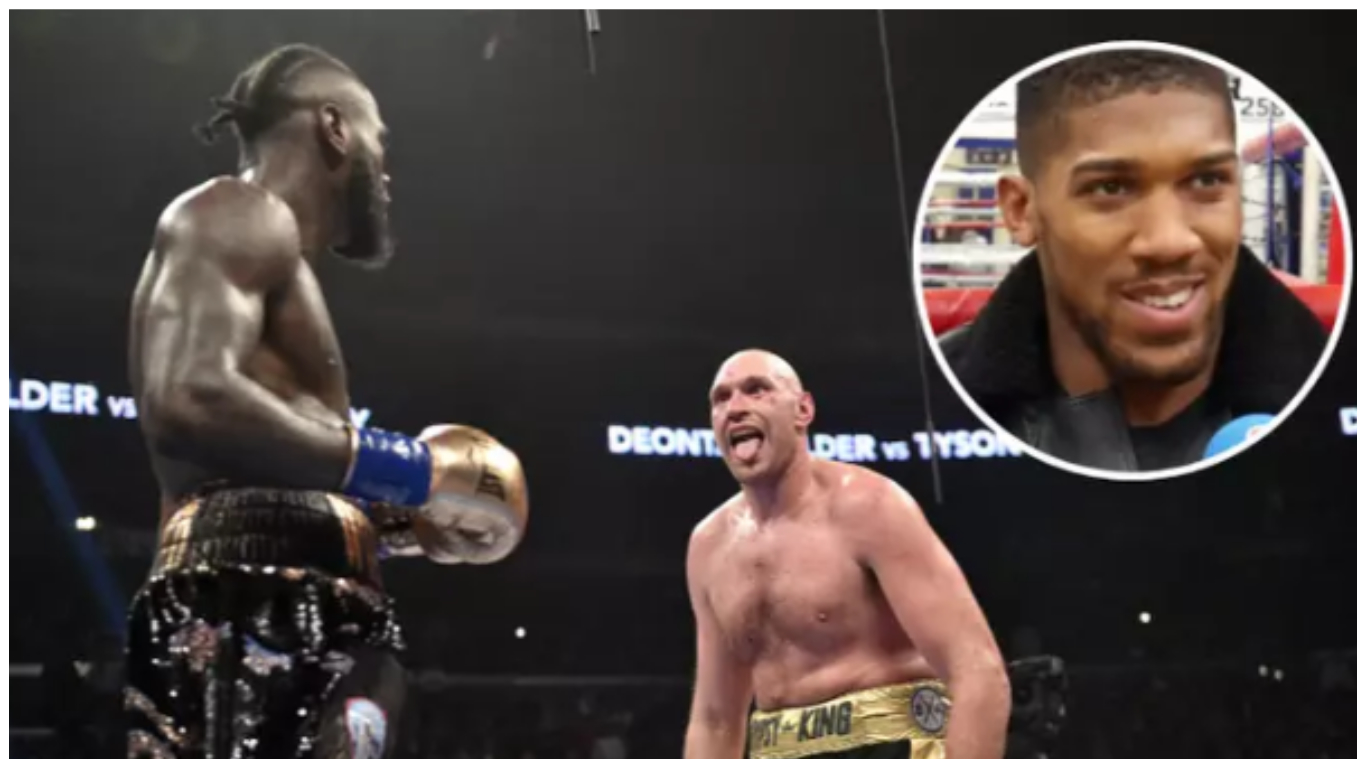 The two men fight again in just 10 days in Las Vegas and Joshua believes that Fury will right the wrongs of the judges scorecards the second time around. “I think Fury wins. A man who nearly done it the first time won’t get it wrong the second time,” he told ‘Pep Talk UK.

“That’s the only reason why. I think that he came close the first time to the point of a draw, it wasn’t like a 12-round masterclass then got battered in the 12th and that just separated it.

“It was a draw, it was that close. So I just think Tyson Fury is going to correct his wrongs and come back and win.”

In the first fight Fury out boxed the champion for much of the fight and won a majority of the rounds however he was twice knocked down, in the ninth and 12 rounds, and was lucky to escape being knocked out on the second occasion.

The undefeated Brit has spoken about not trusting the judges to give him a decision and claimed he’s targeting a second round knockout in the February 22nd rematch.

Read Also: Fury hits out at Joshua for the way he defeated Ruiz Jr in title rematch

AJ was asked about that possibility and isn’t too convinced, “Nah, my opinion again, I’ve just never seen that in Fury anyway.