Anthony Joshua has dismissed Tyson Fury’s idea of staging their fight in America and insists it would make more sense for the contest to be held in the UK. 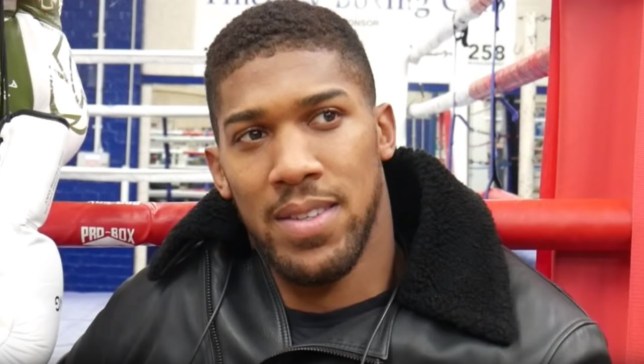 During an interview last week, Fury was adamant that any future fight against Joshua needed to be held in Las Vegas.

Fury also labelled Joshua’s performance in his rematch against Andy Ruiz Jr in December as ‘disgraceful’. But Joshua, who is backing Fury to beat Deontay Wilder in their highly anticipated rematch on February 22, is keen to fight his fellow Brit on home soil.

Asked about Fury’s insistence on facing Joshua in America, Joshua told PepTalkUK: ‘Is that what he said? That’s the same thing I was saying about Pulev, I think it has to be in the UK. ‘You’ll never let like a location and stuff get in the way of a mega-fight.

‘The reason why I always said it’ll be good if Fury won because I thought we’d do the fight here.

‘If Fury would like the fight in Vegas we’ll have to talk about it. ‘Me personally, it makes more sense having it in London or Manchester.’