Declan Rice and Michail Antonio were on the scoresheet as West Ham got their first Europa League group stage campaign off to the perfect start with a 2-0 victory over Dinamo Zagreb.

The trip to Croatia had been expected to be the toughest assignment of the Hammers’ group stage fixtures but David Moyes named a strong side and got his reward as his team largely dominated.

Antonio was probably only in the team due to the red card he picked up at Southampton, which has instead given him an enforced rest against Manchester United on Sunday.

But striker brought his sizzling domestic form to the continent with his fifth goal of the season.

Rice, making his European club debut with 26 caps for England already to his name, added the second to give David Moyes’ side a comfortable win in their first ever group stage match.

It is only the ninth time the Hammers have even been in Europe and the last time they won a match, not including qualifiers, was in 1999 against another Croatian side, Osijek.

Manager Moyes admitted beforehand that the trip to the Croatian league and cup winners might be their toughest assignment in Group H. After all, Dinamo had reached the quarter-finals last season while accounting for Tottenham 3-0 along their way.

As such Moyes named a strong line-up despite making five changes from the weekend draw at Southampton, with Tomas Soucek and £30million new signing Kurt Zouma joining Rice and Antonio in the starting XI at the Maksimir Stadium.

His side opened the scoring in the 22nd minute thanks to a shocking backpass which will give Jesse Lingard flashbacks to his error earlier this week.

Kevin Theophile-Catherine was the guilty party with Antonio onto the loose ball like a flash. He poked the ball past stranded keeper Dominik Livakovic and from a tight angle rolled it into an empty net.

Ryan Fredericks should have made it two moments later after he was sent through by Antonio’s clever flick, but Livakovic stood up well and saved with his feet. 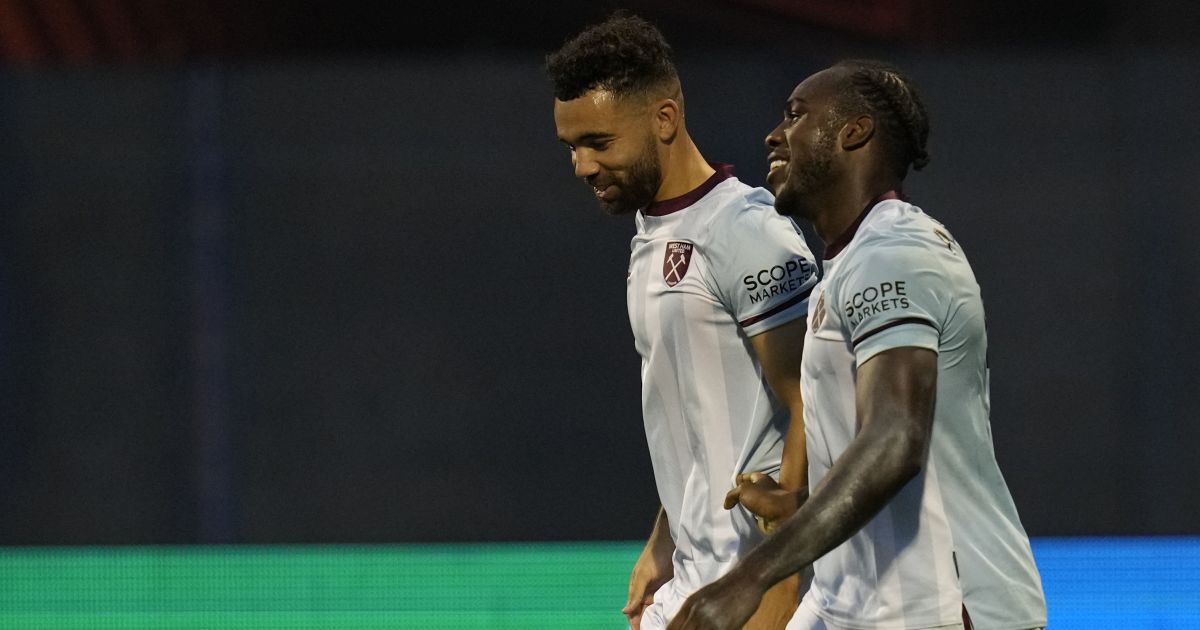 Read Also: UCL: Fan representative tells Guardiola to stick to coaching
Another summer signing, Nikola Vlasic, back in his home country, could have added a second before half-time but saw one shot blocked in a crowded penalty area and flashed another just wide.

Instead Rice doubled the lead with a maiden European goal following a trademark surging run five minutes into the second half. Rice burst through a challenge on the halfway line and charged forward before lashing a shot through Livakovic’s legs.

Pablo Fornals saw a late effort kept out by Livakovic, while Hammers keeper Lukasz Fabianski barely had a shot to save in an impressive opening to West Ham’s European campaign.