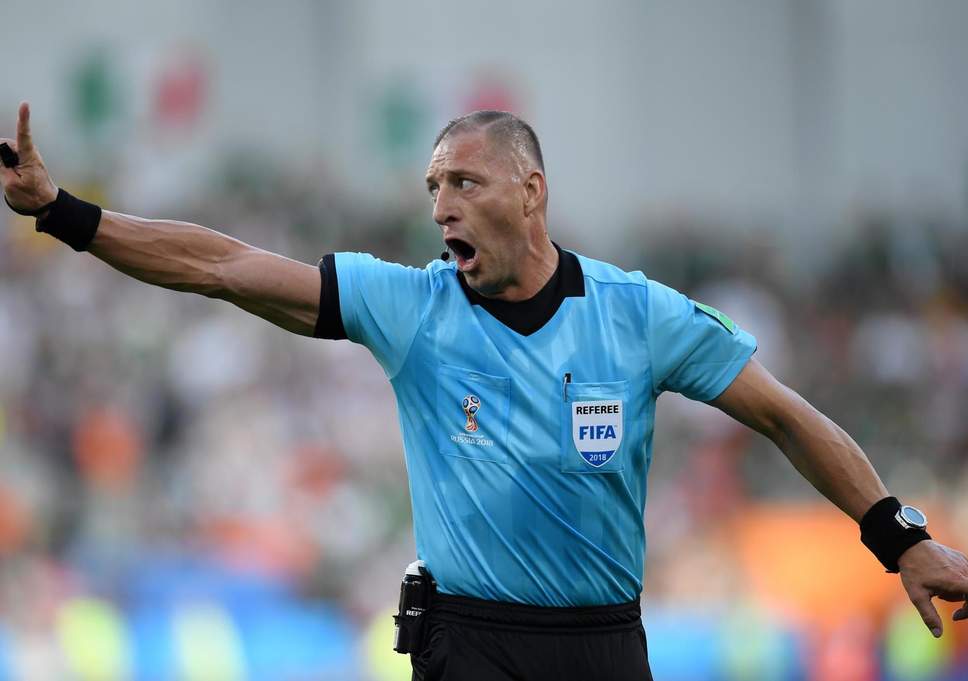 The 43-year-old former actor, who was in action at the 2014 FIFA World Cup in Brazil, will be assisted by compatriots Hernan Maidana and Juan Belatti.

The News Agency of Nigeria (NAN) reports that other officials to assist Pitana are Alireza Faghani and Reza Sokhandan, both of Iran, as Reserve Assistants in the match slated for Friday.

Pitana has so far been in charge of matches such as Saudi Arabia versus Russia, Denmark versus Croatia and Mexico versus Sweden at the competition.

But there will certainly be integrity questions about his choice because he and his two assistants are South Americans and from Argentina that lost 3-4 to France in the second round.

For Friday’s second quarter-final match, involving five-time champions Brazil, and Belgium in Kazan, Serbian referee, Milorad Mazic, has been picked to be in charge of affairs.

The 45-year-old, who handled the 2017/2018 UEFA Champions League final match in Kiev between Liverpool FC and Real Madrid, will be assisted by two Serbians.

The fourth official is Jair Marrufo and Corey Rockwell the Reserve Assistant, with both coming from the U.S.

For Saturday’s quarter-final match involving Sweden and England at Samara, Bjorn Kuipers of Netherlands will be in charge as the centre referee.

Kuipers, also 45, has already handled Russia versus Spain, Brazil versus Costa Rica and Uruguay versus Egypt.

He will be assisted by compatriots Sander van Roekel and Erwin Zeinstra as AR1 and AR2 respectively.

The game’s fourth official is Antonio Lahoz from Spain, while another Spaniard, Pau Cebrian, will be the Reserve Assistant.

The fourth quarter-final pairing between hosts Russia and Croatia in Sochi on Saturday will be handled by 43-year-old Brazilian referee, Sandro Ricci, who earlier handled France versus Denmark game.

The Brazilian was also in charge when Nigeria lost 0-2 to Croatia in their opening Group D match on June 16 at Kaliningrad.

He has Emerson de Carvalho and Marcelo van Gasse as AR1 and AR2 respectively, with Janny Sikazwe of Zambia as fourth official and Jerson dos Santos of Angola as Reserve Assistant.

RUSSIA 2018 FALLOUT: NFF orders Rohr to get club for Uzoho