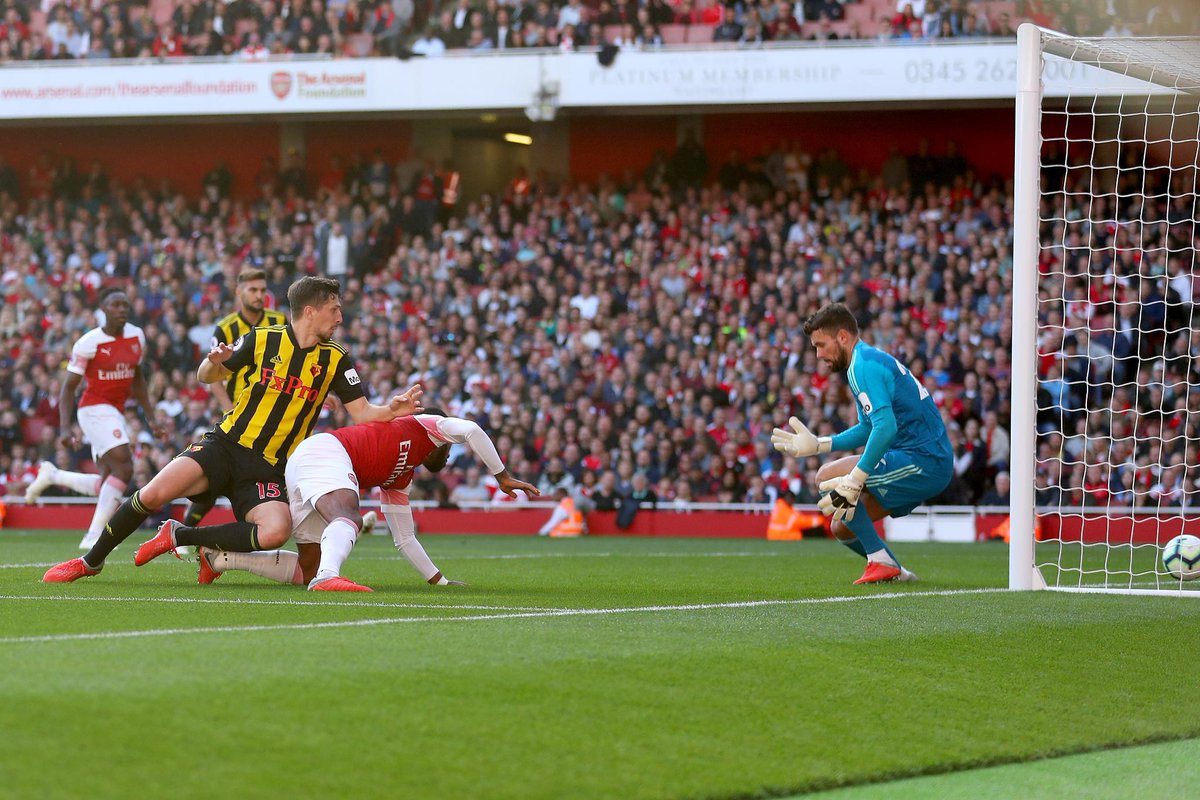 Super Eagles midfielder, Alex Iwobi came out tops in the battle of Nigerians in the premier league as he inspired Arsenal to a 2-0 victory over Isaac Success’s Watford on Saturday afternoon.

Iwobi and Success were both substitutes for their respective sides in the encounter which held at the Emirates stadium.

However, while Success’s shot clipped the post and bounced clear – Iwobi’s cross was turned into his own goal by Watford defender, Craig Cathcart with just nine minutes left on the clock for the games opener.

The Nigerian was again instrumental for the North London side, two minutes after the first goal as he combined with France international Alexandre Lacazette to setup former Real Madrid midfielder, Mesut Ozil and he finished with aplomb to make it 2-0.

With the victory, Arsenal now move into fifth with 15 points after seven matches while Watford drop to sixth with 13points.