Arsenal and Spurs charged over failure to control players

This happened in the 32nd minute, after Dier made it 1-1 for Spurs. 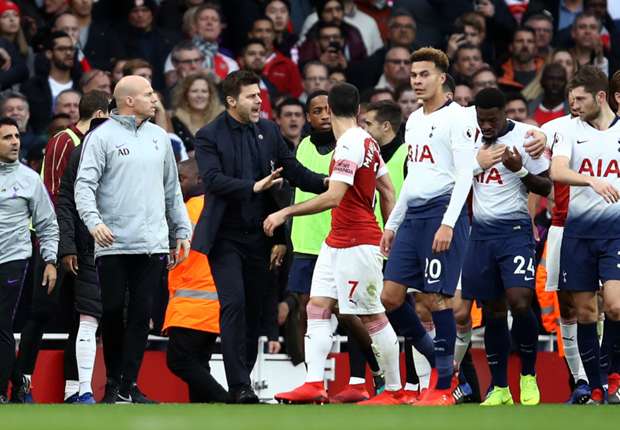 Spurs boss Mauricio Pochettino was forced to rush to the touchline to play peacemaker among the players.

Both teams have until 6pm December 6 to respond to the charge.

The result moved Arsenal up to fourth in the Premier League table, ahead of Spurs on goal difference.

Tottenham have also banned a fan indefinitely from attending further games after a banana skin was thrown onto the pitch when the Arsenal players celebrated Pierre-Emerick Aubameyang’s penalty.